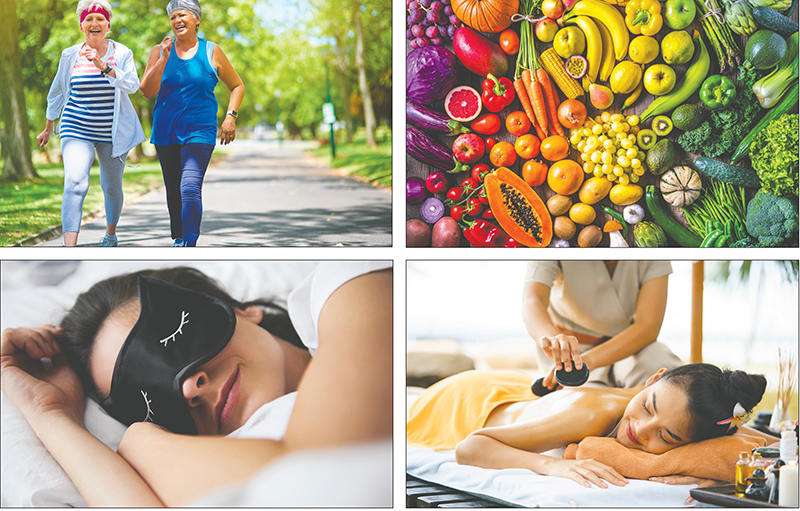 A Mayo Clinic Health System family practice physician said people would be surprised how much of a difference simple lifestyle changes can make to improving their medical conditions.

Robert Bonacci, who is also the primary care lead within the hospital system’s two campuses, is boarded in both family medicine and lifestyle medicine, which he says is an evidence-based approach that can prevent, potentially reverse and eradicate chronic disease.

“A lot of chronic disease can be prevented, reversed or eradicated with lifestyle changes,” Bonacci said. “When you look at disease burden, a lot of the disease burden that a lot of patients have is related to chronic disease, and following and paying attention to the behaviors that we do, that we’re involved with,” Bonacci said. “We know that 70 to 80% of chronic disease could be eliminated if we paid more attention to what we eat, how we sleep, how we move, how connected we are, avoiding substances and managing our stress levels.”

Even some cancers could be prevented with lifestyle changes, he said.

Bonacci said when he meets with patients and a change needs to be made because of a medical condition, he offers his patients lifestyle changes they can make to improve their conditions outside of a medication option.

If they opt to try some of the lifestyle changes, he puts together a plan for them to follow.

For nutrition, he talks about increasing the amounts of fruits and vegetables and whole grains and decreasing meat and dairy. He could also involve a nutritionist or even meeting with the YMCA.

“We really focus on their success in the behavior change,” he said. “We usually go fairly slowly and keep tabs on them and walk alongside of them as they’re making these changes.”

Lifestyle medicine, he said, is very much in line with philosophies of the Blue Zones Project. He said he was impressed that Albert Lea was chosen as the initial Blue Zones site and referenced the success that the project had not only in Albert Lea but now also across the country and internationally.

For example, he talked of how much a person’s cholesterol can improve in a simple three weeks of increasing his or her fruit and vegetable intake, decreasing their meat and dairy sizes and drinking more water.

“It has an immediate impact,” Bonacci said.

Many of these lifestyle changes, if implemented on a large scale, could even have a significant impact on how much the country spends on health care.

“We spend a lot of money and time chasing diseases that are in a lot of ways very preventable,” he said.

He said while some patients don’t have a choice and have to be on medications because of where their conditions are at, many still have the option of making lifestyle changes as an alternative to medicine to improve their health, especially when related to conditions that come because of things like obesity, which can lead to co-morbidities of diabetes, heart disease, high blood pressure and even early joint replacement.