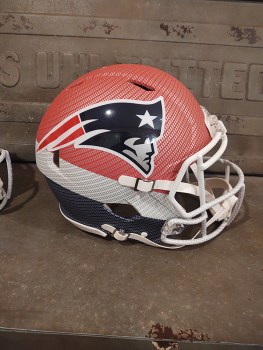 Lynn Heggestad started getting into hydro graphic design roughly eight years ago and started Glenville-Hydro Graphics. Hydro graphics is putting a pattern or image on a thre dimensional object by submerging it in water. Provided 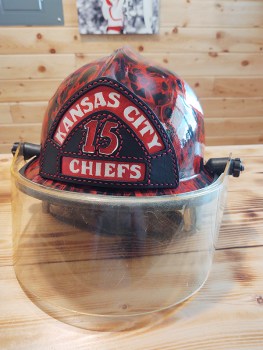 Heggestad said his favorite part about making things was being able to donate his products to good causes such as Ducks Unlimited. Provided 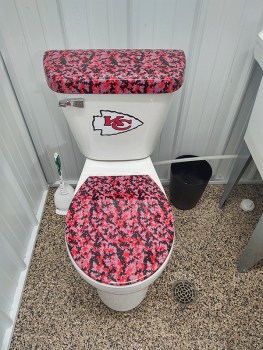 Heggestad got his start in hydro graphics after seeing it on a television show one morning. Provided 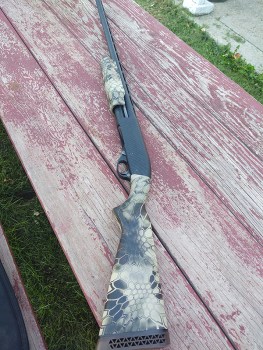 Heggestad said putting camoflauge graphics on guns has been popular for him. Provided 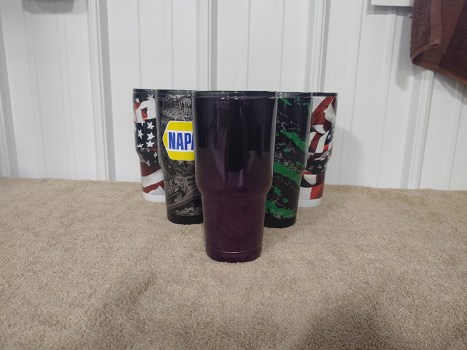 Heggestad said applying hydro grpahics was a lot harder than he anticpated at first and ended up taking a course with his brother. Provided

About eight years ago, Glenville resident Lynn Heggestad saw someone on TV using hydro graphics to apply a pattern to a three-dimensional object. Fast forward to now, and Heggestad is operating Glenville Hydro Graphics, customizing anything from guns, to football helmets and everything in between.

After becoming intrigued by watching it on TV, Heggestad did more research online and found out it was a much more difficult process than how they made it look on TV. But he didn’t let that stop him and signed up for a week-long training program in southern Missouri where he became certified in hydro graphic application.

“My brother and I, we went to the class together and did some stuff for some friends of ours and it just started spreading by word of mouth,” Heggestad said.

Heggestad said guns and custom NFL football helmets have been a majority of the business, but he has also put hydro graphics on pieces of a motorcycle, car interiors, mugs and cups, and many other objects. He said the oddest thing he’s applied hydro graphics on was ceiling fan blades for a customer’s man-cave.

“You name it,” he said. “The possibilities are basically unlimited.”

Heggestad said his favorite projects are anything where he can give away his work for a good cause.

“It’s like the Duck’s Unlimited stuff or anything that I can donate to for a good cause,” Heggestad said. “That’s really what I enjoy … A lot of times the customer will just give me the creativity to do what I want. So I kind of have the freedom to come up with a design to create something that nobody else is going to have.”

Heggestad said the best way to reach him for custom requests and pricing is through his Facebook page, Glenville Hydro Graphics.

Heggestad currently works for Collins Auto Repair, and plans to continue operating his hydro graphics business as a side gig.