The funeral service for James “Jim” Collins, of Deer Creek was held at 11:00 a.m. on Wednesday, October 20, at the New Life Church of God in Bertha with Pastor Jason Knoll presiding. 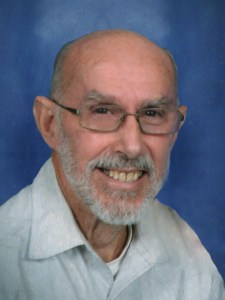 Jim, age 78, passed away on October 15, 2021, at his home near Deer Creek, MN. Compassionate care was provided by Knute Nelson Hospice and his loyal wife Sandi.

Jim was born to James Nicholas and Jessie Opal (Bishop) Collins on August 27, 1943 in Albert Lea, MN. He attended school there and also in Freeborn. Jim continued his education to achieve a degree in mechanics at Austin Technical College, eventually opening his own auto repair shop in Albert Lea and later another repair shop in rural Hewitt. In addition, he owned and operated an expanding Dairy Farm. Jim was a big supporter of 4H and pretty much anything his kids and grandkids were involved in.

For a time, Jim was married to Betty DeRaad, and they later parted ways. He was united in marriage with Sandra “Sandi” Ruth Schabow/Cerney on November 18, 1989, in Wadena, and they made their home in nearby Hewitt.

Hours away from work found Jim enjoying his children, grandchildren, great grandchildren and tending to his horses. Family and friends knew Jim to be helpful, generous, hardworking, honest, and a mentor to everyone. He was a great, husband, father, grandfather, brother and friend, and above all else a faithful follower of Jesus Christ.