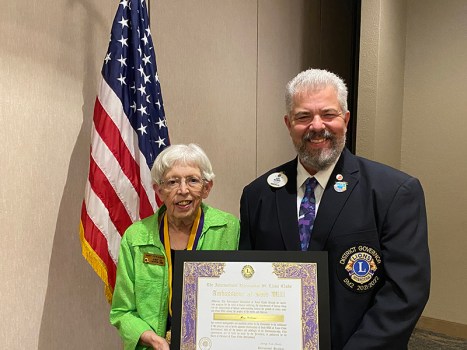 The Lakeview Lions Club surprised Lion Mary Ferleman with treats at the September meeting in acknowledgment of her Ambassador of Goodwill medal and plaque. Pictured is Ferleman and District Gov. Glenn Kaufmann. The Ambassador of Goodwill is the highest form of recognition bestowed by Lions Club International, and fewer than 50 are presented worldwide each year. Provided 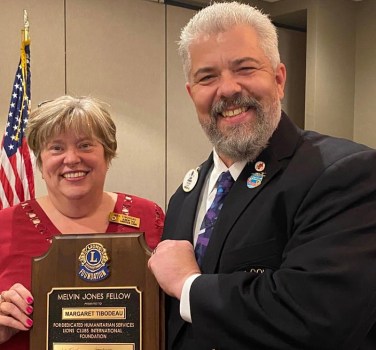 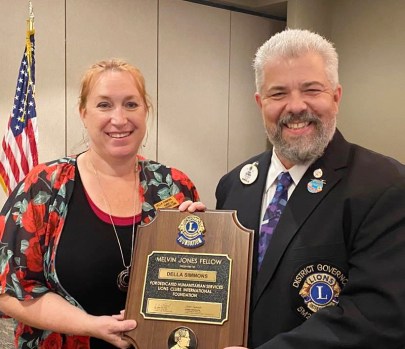 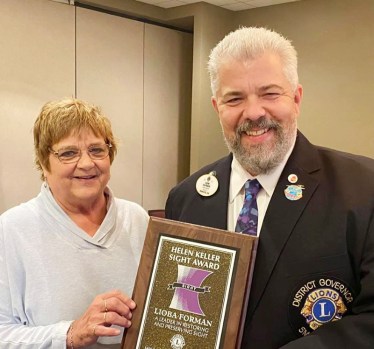 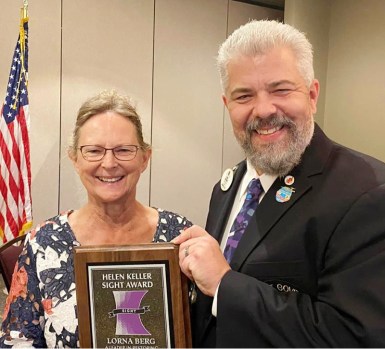 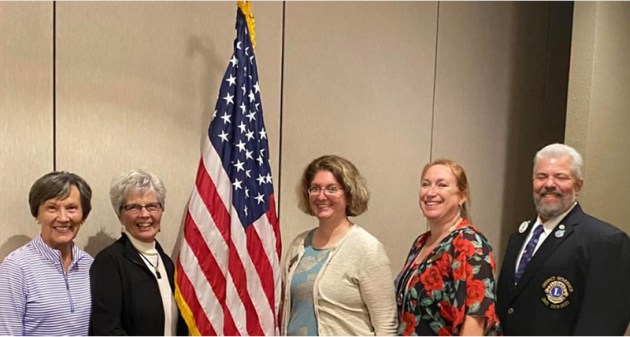