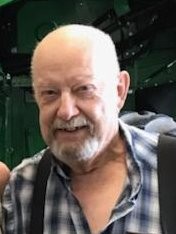 Lawrence Jerome Thompson was born on May 14, 1941 to Carl and Mabel (Halvorson) Thompson in Albert Lea, MN. Lawrence grew up in Albert Lea attending Albert Lea High School and was a member of First Lutheran Church. Lawrence married Vicky Lynn Huebner on November 13, 1967. Lawrence was self-employed for many years until his retirement.

Lawrence enjoyed fishing, playing cards and occasional trips to the casino. He loved looking at and working on cars, playing guitar, listening to classic country music, and spending time with family. He enjoyed visits from his children, grandchildren and friends very much.