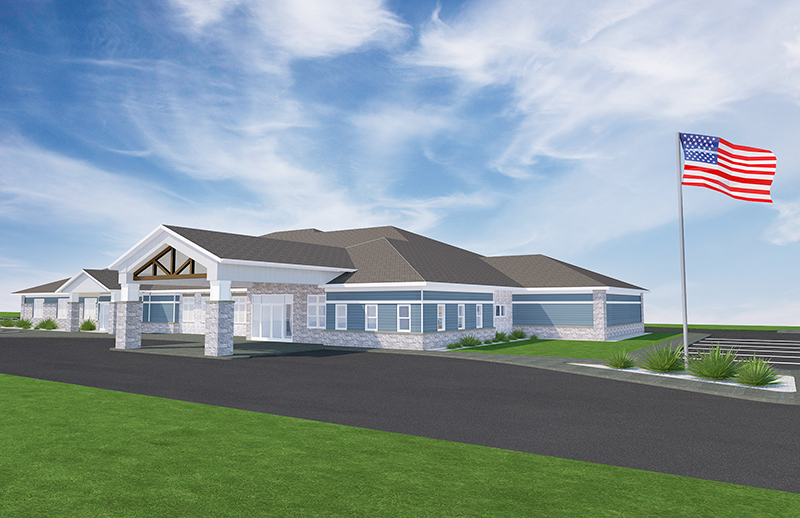 WELLS — Construction is ongoing for the new Nasinec Funeral Home and Crematory in the Wells Industrial Park and is slated to be complete by the end of the year.

Susan Nasinec, who has co-owned the Bruss-Heitner Funeral Home in Wells with her husband, Nathan, since 2008, said active construction started in April and was designed to take eight months.

In the second week in September, she said crews were about three weeks ahead of schedule, likely moving the end of construction from January to December.

The funeral home is being built off of Minnesota Highway 22. Nasinec said at the current Bruss-Heitner space, the funeral home could not expand and there was limited off-street parking. 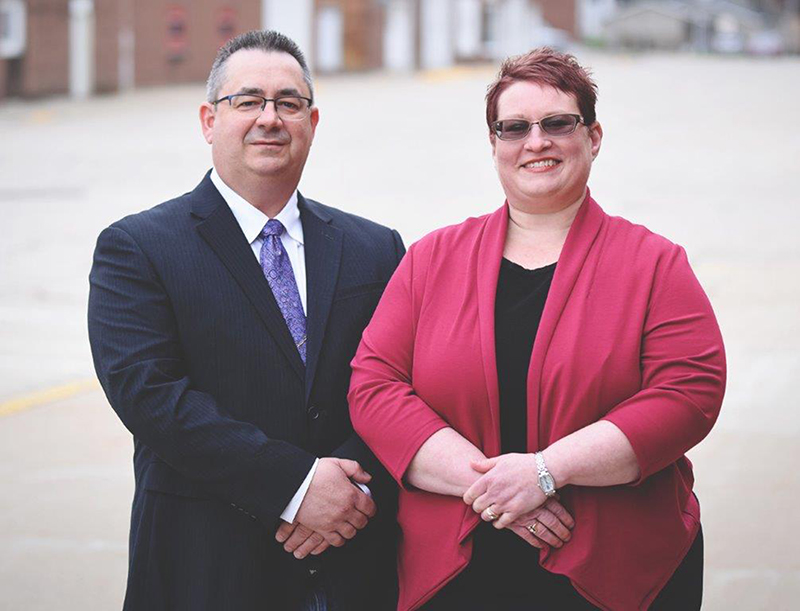 Nathan and Susan Nasinec have owned Bruss Heitner Funeral Home in Wells since 2008. They recently annunced plans that the funeral home will be constructing and moving into a new building in the Wells Business Park. Provided

“Our funeral home, as much as we have enjoyed being there, is 60 years old,” she said. “To try to get technology and some of the things we’re looking at, it’s just not feasible now.”

They decided the business park would be a good location, and the funeral home will be sitting on two lots once complete. There will also be a parking lot for people to utilize.

She said she and her husband had started considering a new building before the COVID-19 pandemic, and the pandemic put things on hold. Now, there’s only a few months remaining of construction.

“We’re excited about what we’re going to be able to offer in our new location,” Nasinec said. “As far as I know, we will be the only funeral home with a crematory on-site in Faribault and Freeborn County.”

The new building will also have a life events center, which people can utilize not only for funeral luncheons but also for reunions, birthdays, anniversaries and other small gatherings. There will be seating for 150, and there will be a separate entrance for the events center so people do not have to walk into the funeral home.

“We’re really most excited for the opportunity to provide more services than we are now, a little bit more space, a little bit more room to move around,” she said. Everything in the new facility will be on one level, and there will be no steps to navigate.

The building is being constructed by Miller Architects of St. Cloud, a company that has built other funeral homes in the past. She said the contractors have also been able to put together a lot of other local businesses to help erect the building, and she has been pleased how well everyone has been able to work together. The building will feature natural stone from Kasota.

Nasinec said with her being a licensed funeral director in March for 25 years and with the couple’s son, Brandon, coming on board as a second-generation funeral director, they thought it would be a good time to change the name of the funeral home as well when the new building opens.

Nasinec said she came to Bruss-Heitner Funeral Home in 1997 to complete her internship, and then she and her husband bought out Stan and Kathy Bruss in 2008. Nathan Nasinec is the chief financial officer and is also a licensed insurance agent. They have five part-time employees.