Pete was born in Tracy, Minnesota on February 23rd, 1937, and lived a brief 2 years in Marshall, Minnesota. At the age of two, he moved to Albert Lea, Minnesota. He attended high school in Albert Lea and was President of the Student Body. Upon graduating high school in 1955, he attended the University of Minnesota graduating with a Bachelor’s Degree in Business and Major Factory Management in 1959. He was a member of Delta Tau Delta Fraternity and was enrolled in the ROTC program. 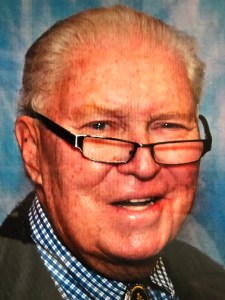 After college, Pete joined the US Navy in 1959 and became a commissioned officer. He served aboard the USS Coral Sea (an Aircraft Carrier) from 1960-1963. After fulfilling his Naval requirements, he resigned his commission as a Lieutenant Junior Grade.

After his Naval experience, Pete worked for his family-owned propane distribution company as Vice President. Due to his father’s death in 1964, Pete sold the business. Subsequently, he worked in increasing levels of management for Peoples Natural Gas, a division of Northern Natural Gas Company, until 1987. In May 1987, he purchased BB Cabinets and Countertops Inc. He sold the business and retired in June 1995.

He was preceded in death by his parents William and Helen Lloyd and his brother William Lloyd.

A Celebration of Life will be held at the Calvary United Methodist Church, 4210 Austin Bluffs Parkway, Colorado Springs, CO 80918 on December 9, 2021 at 11:00am. Luncheon to be serviced at the church.

Memorial Contributions in Pete’s memory may be made to the Calvary United Methodist Church, www.calvary-umc.org or the organization of your choice.