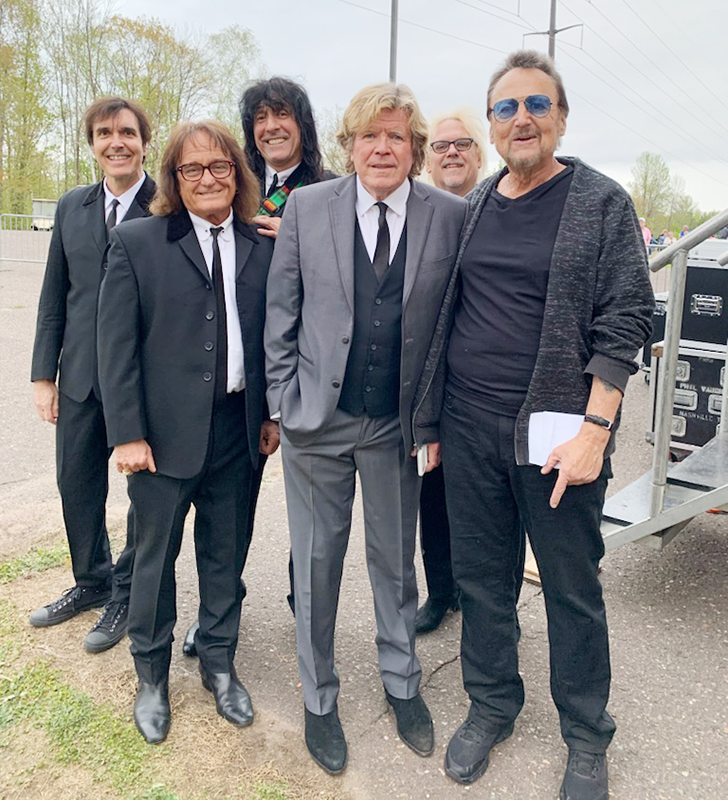 Denny Charnecki of Denny & The DC Drifters, right, stands with Peter Noone of Herman's Hermits, center, and others. The Friday night show will feature several who have been a part of the Iowa Music Hall of Fame. Provided

The show, starting at 7:30 p.m., is being put on in conjunction with the Iowa Rock ’n’ Roll Music Association who is behind the Iowa Music Hall of Fame, and features a sterling line-up of performers with connections to some of the big name acts of the day. 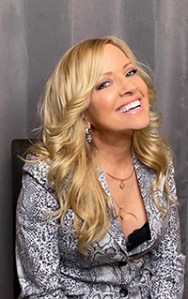 Jana Anderson has been a backup singer for Stevie Nicks, Prince and Don Henley, among others. Provided

Denny & The DC Drifters is the backing band for the night, and the group’s founder, Denny Charnecki, is excited to be a part of it.

“We picked a lot of people who have done big things for the Iowa Music Hall of Fame,” Charnecki said. “They wanted our band to play for them.”

Many of the artists scheduled for the show have worked with such standout rock acts like Dee Jay and the Runaways, Stevie Nicks and Prince. Denny & The DC Drifters, aside from having their own career dating back to the ’60s, has toured and played with groups like Paul Revere and the Raiders and Peter Noone of Herman’s Hermits.

Anderson herself has been a backup singer for Stevie Nicks, Prince and Don Henley, among others. Klein, who was inducted into the Iowa Hall with Upson Downs has played the same docket as Chubby Checker, The Platters and Herman’s Hermits.

Jones, the winner of the Iowa Rock ’n’ Roll Music Association’s Lifetime Achievement Award in 2017, has played with John Senn and The Senn-Menn, drummer Christy was inducted to the Hall this year and Jorgenseon has been staple of the Iowa music scene for years as well as solo performances in Minnesota and Rio de Janeiro, Brazil.

“What they wanted to accomplish is just to do a fantastic show here and get people familiar with the Iowa Rock ’n Roll Music Hall of Fame,” Charnecki said. “It’s going to be cool. One small portion would be a good theater show, but with all of these people together it’s going to be crazy.”

The cost for entry is $25 at the door, but Charnecki feels the show will be worth the price of admission.

“It’s a once in a lifetime thing,” Charnecki said. “I think it’s something you’re not going to want to miss if you like rock ’n’ roll music. Anybody not familiar would do themselves a favor by attending this show.