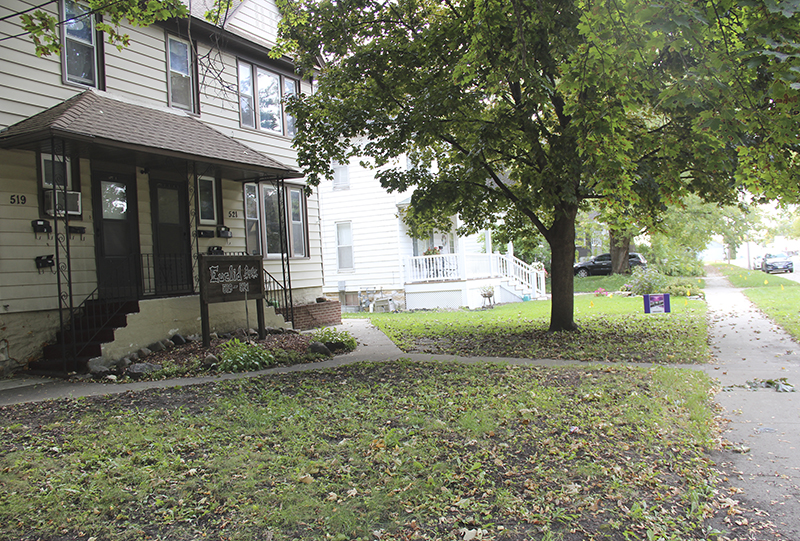 Police are investigating after two homes in Albert Lea were damaged by gunfire early Tuesday morning.

According to an Albert Lea Police Department press release, police received a report at 3:56 a.m. of several reports of shots fired in the 500 block of Euclid Ave. When officers arrived, they found multiple spent handgun casings and found a vehicle and residence at 521 Euclid Ave. with gunshot damage.

Police stated an unknown male wearing a white hoodie sweatshirt was observed leaving the area on a bicycle. He is wanted for questioning related to the incident. 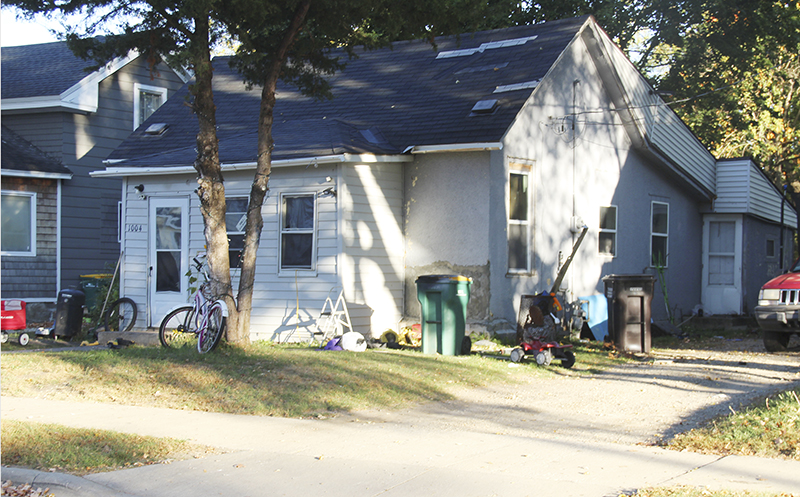 Shots were also reported on Dunham Street in Albert Lea, including at this residence. Sarah Stultz/Albert Lea Tribune

At about 5 a.m., the Police Department received multiple reports of shots fired in the 1000 block of Dunham Street. An officer arrived in the area and found multiple spent handgun casings and found a residence at 1004 Dunham St. had sustained gunshot damage.

Police stated the incidents are believed to be related and are part of an active investigation.

No ongoing threat to public safety is believed to exist.

The Police Department has asked people who live in the area to review their home security cameras for any activity that may be related to the incidents.

If people have any information, they should contact detectives Sy Vanthavong or David Miller at 377-5200.