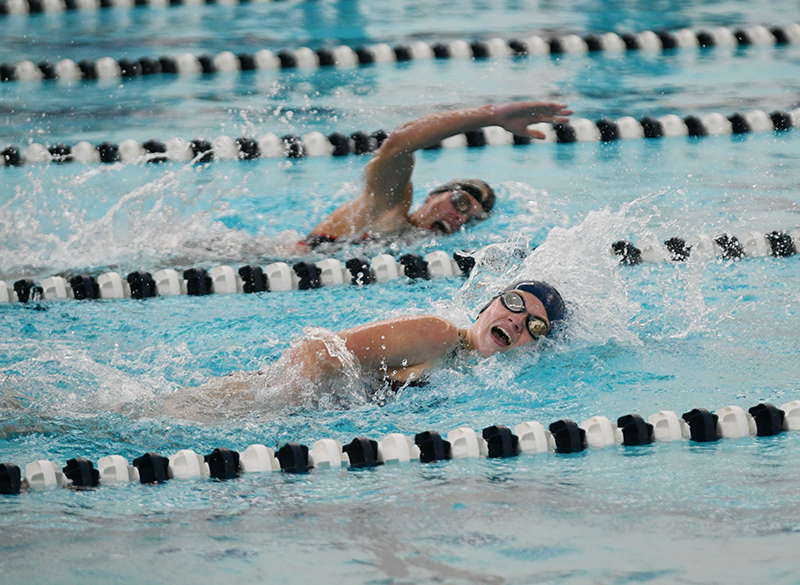 The Tigers struggled to gain momentum early in the meet, costing them in the long run and eventually falling to the Scarlets 90-81.

In the 200-yard medley relay, the team of freshman Hailey Deming, senior Brooke Hanson, and sophomores Hatty Adams and Emery Brouwers came in second with a time of 2:09.79. Albert Lea’s second team of senior Taylor Palmer, sophomores Hannah Barclay and Erin Boorsma, and freshman Julia Doppelhammer came in fifth with a time of 2:33.87. 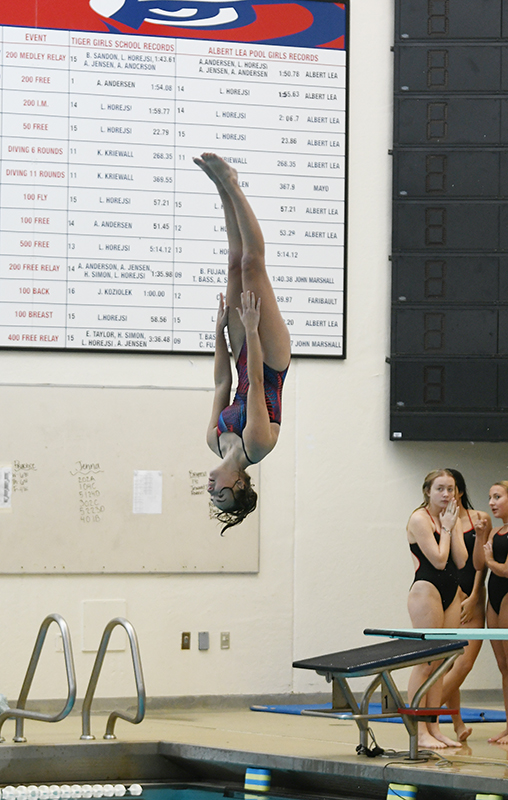 Senior Jenna Steffl finished second out of four competitors in the one-meter diving event, coming away with a final score of 177.60.

After a short break, the Tigers were back in the pool for the 100-yard butterfly, in which Adams was the only Tiger swimming, finishing in fourth place with a time of 1:16.39.

The relay team of Palmer, Adams, Fields and Hanson notched the Tigers first win of the night, claiming first place in the 200-yard freestyle relay with a final time of 2:01.44.

Finally Albert Lea’s team of Deming, Doppelhammer, Rognes and Brouwers capped off the night with a victory in the 400-yard freestyle relay with a time of 4:17.41.

The Tigers have now wrapped up their home season, but still have two meets remaining in the regular season — the first of which takes place Tuesday at St. Peter.