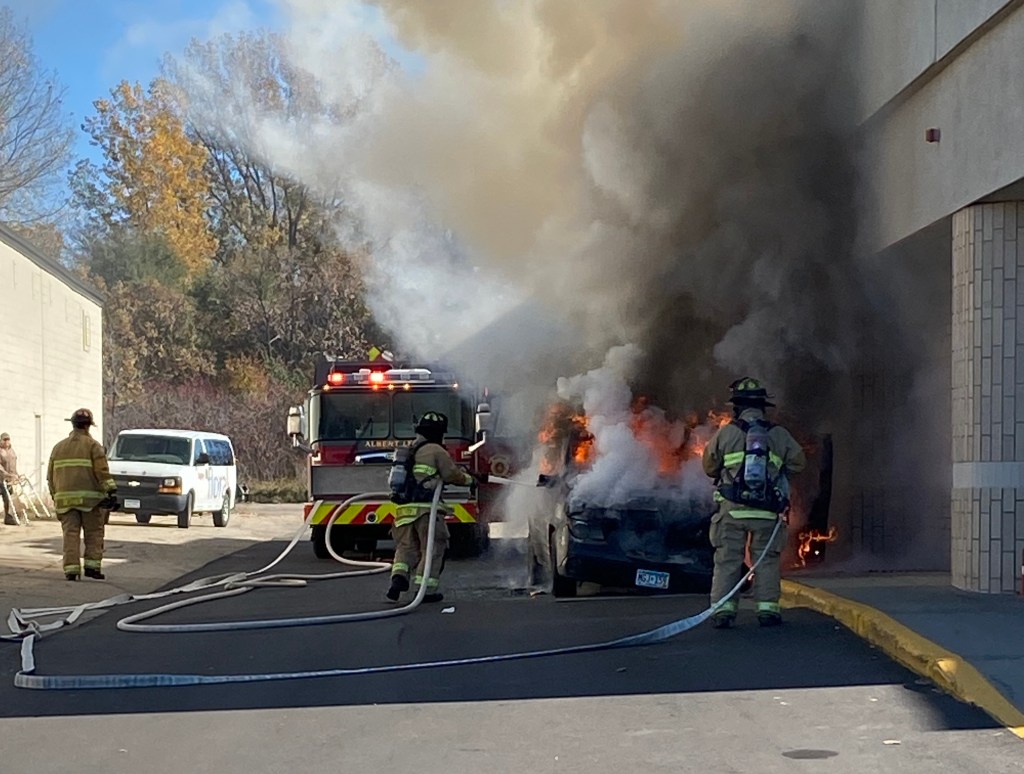 Albert Lea firefighters respond to a report of a vehicle on fire Saturday afternoon. Provided

A vehicle fire right outside of Hy-Vee Food Store led to the evacuation of the liquor store Saturday afternoon.

Albert Lea Fire Rescue was dispatched at 12:11 p.m. Saturday for a report of a vehicle on fire near Hy-Vee, 2708 Bridge Ave., according to a press release. When firefighters arrived, they found a fully engulfed 2001 Pontiac Aztec, with flames encroaching on the building’s east side, according to the release.

The liquor store part of the business was evacuated as a precautionary measure, as fire crews worked to extinguish the blaze.

After the fire was extinguished, the structure was ventilated.

The Fire Department stated initial investigation found that a mechanical failure in the Pontiac’s engine compartment led to the vehicle fire.

The vehicle was a total loss, as responders directed the evacuation and protection of the customers as the priority.

The structure sustained minimal damage and reopened before crews left the scene.