A 40-year-old Texas woman was charged in Freeborn County District Court Tuesday with a first-degree controlled substance crime after authorities reportedly found her with more than two pounds of methamphetamine in her vehicle during a traffic stop Sunday on Interstate 90 near Hayward. 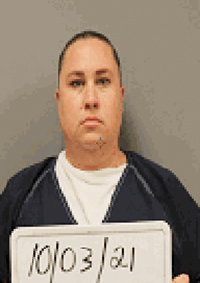 A Minnesota State Patrol trooper reportedly pulled over Randi Lynn Laumbach, of Pampa, Texas, at 12:04 a.m. Sunday after he reportedly saw the vehicle varying in speed from 70 mph down to 60 mph and having trouble staying in its lane, court documents stated.

After the vehicle was pulled over, Laumbach reportedly told the trooper she was tired and was watching the trooper in her mirrors and didn’t know where she was going.

Court documents state the trooper suspected the woman was involved in narcotics trafficking because she acted nervous with shaking hands, rapid speech and pale, clammy skin. She said she was driving from Texas approximately 28 hours to Rochester and staying there for 24 to 36 hours before driving home. She had reportedly driven 14 hours to visit a friend in Rochester but didn’t know where she was staying when she reached her destination.

The woman reportedly had inconsistencies in her story about her trip and was also driving a vehicle that had recently been purchased and registered in her name for less than a day.

A K-9 narcotics detection dog alerted the trooper to the odor of narcotics first along the front grill of the car and then when sniffing the interior of the vehicle immediately jumped to the back seat and began alerting on a dark-colored duffle bag.

A .22 handgun was in the side pocket of the bag in the back seat, and inside the bag was a Ziploc bag containing a clear, crystalline substance that field-tested positive for meth. It weighed about 2.2 pounds.

She is next slated to appear in court Oct. 14.

The charge carries a maximum penalty of 40 years in prison and a $1 million fine, with a mandatory minimum sentence of seven years and two months if convicted.