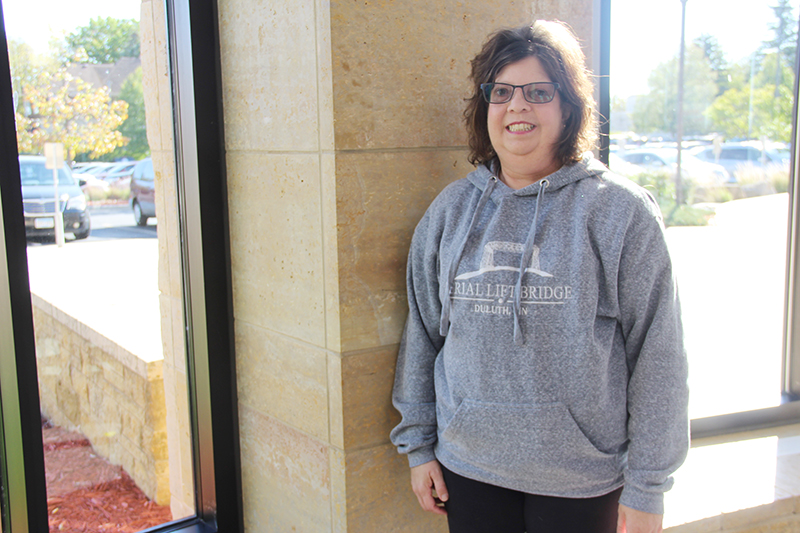 An Iowa woman with metastatic breast cancer is reminding women during Breast Cancer Awareness Month it’s never too early to conduct their own self breast exams and to go in to see a doctor if any questions or concerns arise.

Christine Atwell of Garner, Iowa, said she was first diagnosed with Stage 3 breast cancer in 1999 at the age of 31.

She said she had found a lump in her breast and initially ignored it, thinking she didn’t need to worry about anything like cancer at her age.

When she ultimately went into the doctor, she said they rushed to complete an ultrasound and biopsy, and she found out it was breast cancer. She also had cancer in five of her 11 lymph nodes.

She went on to have a mastectomy and complete an aggressive treatment plan, including eight rounds of chemotherapy and 32 radiation treatments.

“I worked the whole time. I’d have chemo on Friday and I’d be back to work on Monday,” she said. “When I did radiation, I’d just go to work, leave for radiation and then go back.”

Though doctors told her she would never be able to have children, she said God blessed her and her husband with two daughters, who are now 14 and 16.

After her mastectomy, she said she made it a priority to have a positive attitude moving forward. Years later, she started having pain in her right hip and went into the doctor, and went through chiropractic treatments and muscle relaxers with no success.

An X-ray did not show anything questionable. Then she started getting a weird sensation in her arms where her lymph nodes had been removed. She said she called the Cancer Center herself and asked to go in, and they brought her in for a scan. On Feb. 10, 2012, she received a received a phone call that she had metastatic breast cancer in her bones.

I didn’t know what that meant, and I was really scared,” Atwell said. “I thought, ‘Oh is this my last Valentine’s with my family?’ My kids were 7 and 5 at that time. It was really scary for me.”

Some of the treatments did not work at all and one made her break out in hives, but she said for the most part she has tolerated the treatments well.

While over the years, the cancer has spread to both hips, her legs, ribs, shoulder, arm and spine, she said it is important for her to remain optimistic.

She has worked the whole time until March of this year, and now she is focused more on her daughters’ events, including sports and band.

She also appreciates how Mayo Clinic Health System’s Cancer Center works hard to maintain quality of life for its patients.

Atwell said there are currently only one or two medications left for her to try to fight her cancer, but she remains hopeful and optimistic with new technology. She is also hopeful that the cancer is not in any of her organs.

“I try and live life as normal as I can for (my daughters’) benefit, and also I just want them to see me being positive because I think it helps them have a better day and a better life,” Atwell said. “Hopefully they carry that energy forward.”