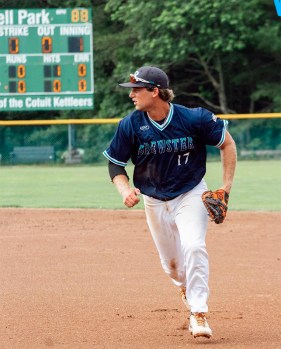 Albert Lea High School graduate Jake Thompson played on the Brewster White Caps in the Cape Cod Baseball League this summer and by the end of the year was named the 2021 offensive MVP. Provided 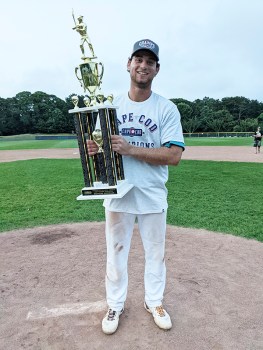 Thompson earned many honors this summer, including being on the Brewster Whitecaps, which was the 2021 Cape Cod Baseball League Champions. He was also named to the 2021 Cape League All-League Team. Provided 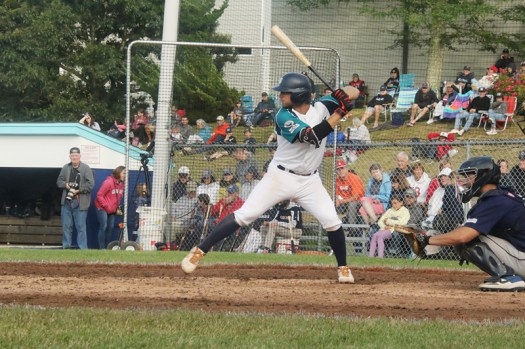 The Cape Cod Baseball League recruits the top players from across the United States representing all NCAA college divisions. Provided

Thompson on prestigious amateur league during the summer

There is no other summer collegiate baseball league more prestigious and storied than the Cape Cod Baseball League.

Just two days after Oklahoma State was eliminated in the NCAA Baseball Tournament, Jake Thompson, 2016 graduate of Albert Lea High School, received a call to join the Brewster Whitecaps of the CCBL for the summer.

The Cape Cod Baseball League has been the premier amateur baseball league in the nation since 1885. The top players from across the United States representing all NCAA college divisions are recruited to play in the 10-team league. Teams are located in Bourne, Brewster, Chatham, Cotuit, Falmouth, Harwich, Hyannis, Orleans, Wareham and Yarmouth-Dennis.

It was always a dream for Thompson to get the opportunity to play in the Cape against the nation’s best amateur players.

Thompson made the most of his time there. He was an everyday player at first and third base.  He was one of two position players from Brewster named to the Cape Cod All-Star East team as their first baseman. At the end of the year, Thompson was named Brewster’s 2021 offensive MVP. He led the team with 30 hits, nine doubles, two triples, 21 walks and tied for the most runs scored 16, home runs three and RBI’s 18. He also led the entire Cape League, reaching base safely his last 21 consecutive regular season games.

What really capped off the summer was Brewster’s run at the championship. The team won the Cape Cod Championship in 2017 but had not won the East Division since 2003. They accomplished that feat with a 22-11-3 record.

A two-game sweep of Harwich boosted the Whitecaps into the league championship series against the West division champs, Bourne.  Bourne had led the league all year with a 24-9-3 record. Brewster once again prevailed with a two-game sweep and became the 2021 CCBL Champions.

The magical summer for Thompson continued this past month as he received the ultimate honor of being named to the 2021 Cape League All-League Team.

Thompson has headed back to Oklahoma State for his final year of college ball.  After leading the conference last year with a .393 average and a .537 on base percentage he looks to build on those numbers and help the team win a Big 12 Championship and earn a trip to the college world series in Omaha.