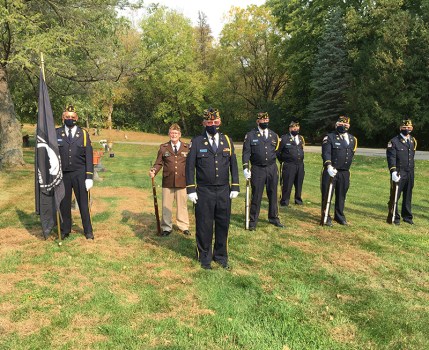 Members of the Veterans of Foreign Wars Post 447 and American Legion Post 56 Honor Guard have provided military honors at 57 funerals so far this year, and typically average between 70 to 80 each year. Provided 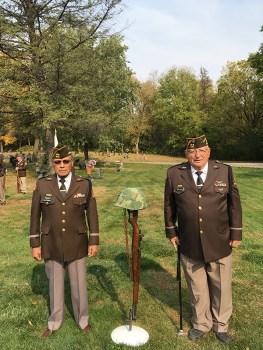 Albert Lea’s Bonnerup and Bayview-Freeborn funeral homes go out of their way to coordinate with the honor guard, the group’s leaders stated. Provided 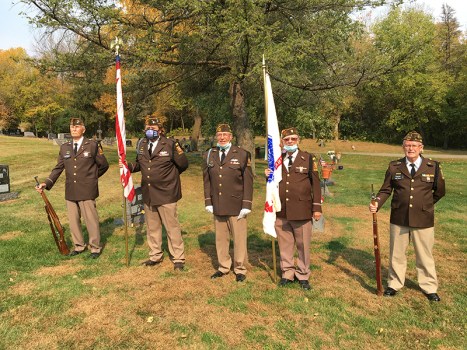 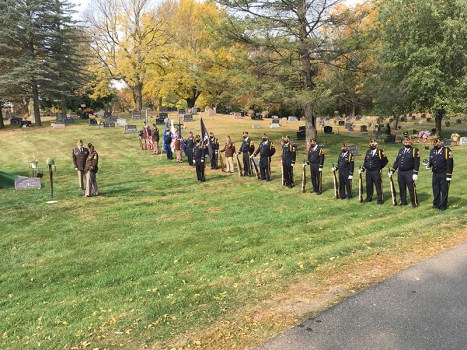 The members of the honor guard say it is their duty to provide military honors to other veterans who have gone on before them. Provided

The COVID-19 pandemic has temporarily changed day-to-day life for many, including how people were able to pay their respects to their newly departed loved ones.

For the spring and beginning of summer during 2020, there was a halt on all military honors as attendance was limited to 10 people.

After the restrictions were relaxed, the Legion honor guard members began performing at the services again on June 20. One member would go inside the church to carry out the colors while the rest stayed outside to perform the ceremonial playing of taps and the three-volley salute and then present the flag to the next of kin.

While they no longer wear masks at every service, the members of the combined group still take precautions as they see fit. Most, if not all, of the members are vaccinated, yet Legion members no longer carpool as they once did to occasionally cover funerals at the Minnesota State Veterans Cemetery in Preston.

With the exception of traveling to Preston, the honor guard serves Albert Lea and its surrounding communities that do not have their own honor guards. This includes Clarks Grove, Geneva, Glenville, Hartland, Hayward and Hollandale.

According to Donahue, some families postponed the entire funeral service and burial for months in order for military rites to be able to be performed. Others hosted funerals online or with limited attendance and held off on burial ceremonies, while others put off the burial until military rites could be performed.

“In the month of June we had 10 funerals, and we average about four a month, and sometimes we had two a day,” Peterson said.

Time commitments for the voluntary service vary and are dependent on if the honor guard members choose to attend the funeral and how far they have to travel. Each funeral can be a two- to three-hour commitment.

“The commitment by both groups is really amazing,” Donahue said. “We give the veteran the utmost respect we can.”

The group keeps as much of a military bearing as it can, following the example instilled in them by people like Harold “Bill” Christianson, who founded the honor guard in 1956, and the late Bob Peterson and Merlin Thisius, who performed honors at over 2,000 funerals before they died.

“At 90 years old you could still hear the slap of their wrist as it hit the rifles as they went to present arms,” Donahue said of the late riflemen.

Donahue is one of the younger members of the aging group at 72; Peterson is 81.

While the VFW is an organization that represents those who have served in a combat zone, the American Legion has opened up to accepting all service members. Despite the increase in membership possibilities, the honor guard is still short on members, and the ability to be able to continue the service indefinitely has been a point of discussion.

“The time commitment for the younger people is tremendous,” Peterson said.

Both men didn’t get fully involved until retirement, as most funerals take place during the regular work week, which is not conducive timewise for many still in the workforce. Nevertheless, the commitment is worth the while.

“We owe it to them for the sacrifices that they have made, and it’s a great honor to do it,” Peterson said.

“I’m honored to represent the honor guard for these veterans,” Donahue said. “Every veteran deserves these military honors, and when you see what you see it does for the family is very rewarding.”