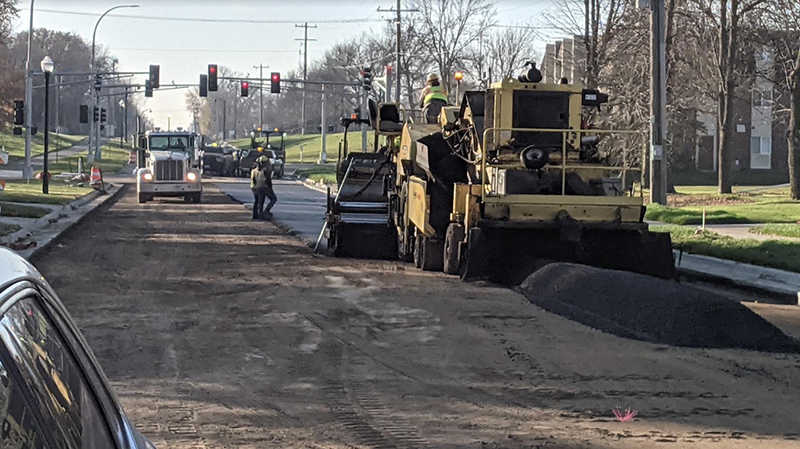 After a second summer with portions closed because of construction, Bridge Avenue reopened fully to motorists Friday afternoon.

Freeborn County Public Works Director Phil Wacholz said people are advised to drive with caution as construction workers and equipment are still operating on the project.

“Slow down, stay alert and as always, stay off phones while driving,” Wacholz said.

Due to cold temperatures, final landscaping, such as sod work on the north end of the project, will not happen until spring, he said. The last remaining concrete work is the pedestrian ramps at Hammer Road.

Wacholz was hopeful this would get done yet this year, but if not, they will be ramped and completed in the spring.

The Hammer Road signals are also not yet ready, and there are four-way stop signs temporarily in place.

Traffic signals will be activated at both Richway Drive and Hammer Road next week, according to project updates provided by the city of Albert Lea. Street lights will also be installed.

Work this year on Bridge Avenue focused on Minnie Maddern Street to Hammer Road, though Minnie Maddern to Richway Drive opened for the Freeborn County Fair in August.

In 2020, the construction focused on the span from Marshall Street to Minnie Maddern.

The entire project is about $12 million.

The following are updates on other construction projects happening in the city:

The city states the demolition contractor has mostly completed its work, with only minor punch-list items remaining.

The contractor constructing the new water tower plans to begin next week with removing some of the existing parking lot and the site preparation work.

The contractor is expected to return next week to cap the sewer service, complete final site grading and place the turf establishment seeding.