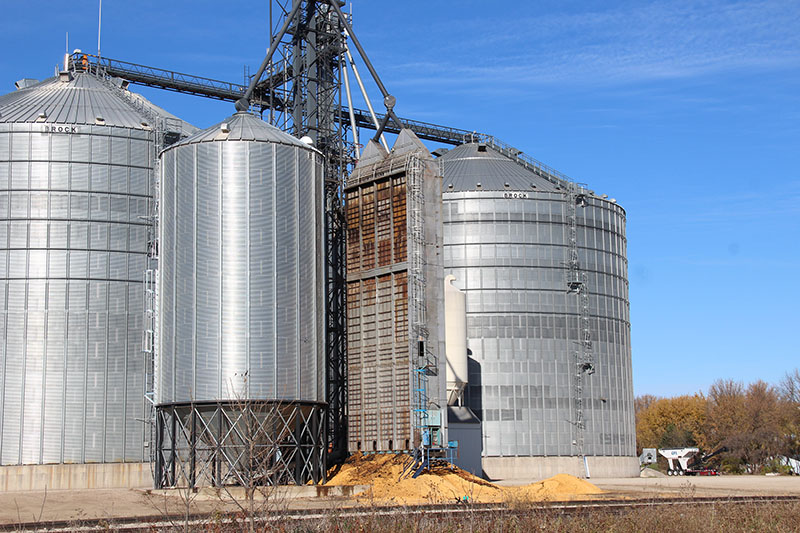 CLARKS GROVE — A Central Farm Service dryer in Clarks Grove caught fire Monday night but was able to be extinguished before damaging any surrounding structures.

The Freeborn County Sheriff’s Office stated the fire started from a bad valve on a gas line. Crews were able to shut off the line, which was feeding the fire. 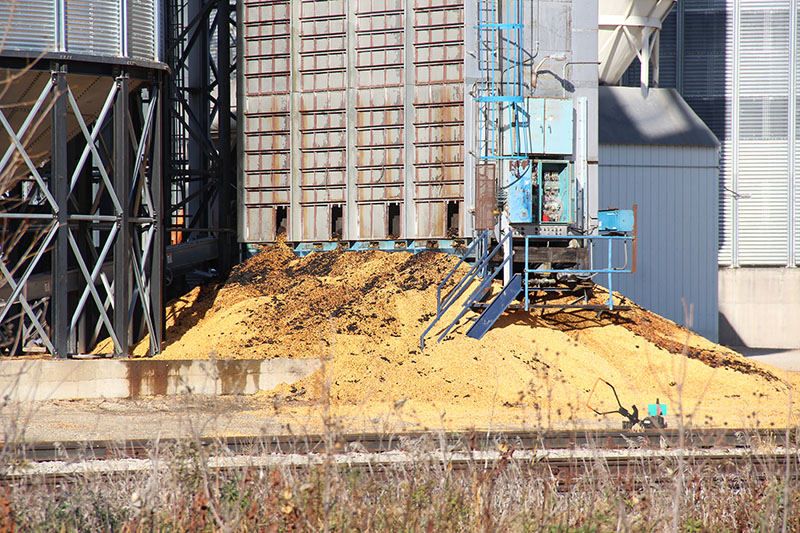 Damaged corn sits around the base of a dryer that was damaged by fire Monday night. Sarah Stultz/Albert Lea Tribune

Chief Deputy Todd Earl said it did not take long to extinguish the fire.

The dryer contained 25,000 bushels of corn, which are considered a total loss.