Funk named the 2022 Minnesota Superintendent of the Year 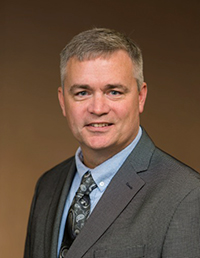 As the Minnesota honoree, Funk is a candidate among other state recipients for National Superintendent of the Year, to be announced during the American Association of School Administrators National Conference on Education Feb. 17-19, 2022, in Nashville. Funk was selected for this honor by a panel of representatives from a variety of Minnesota education organizations. Nominees are evaluated on how each candidate demonstrates leadership for learning, communication skills, professionalism and community involvement, according to a press release.

During his tenure at Albert Lea Area Schools, Funk has led the development of systems to support an equity framework that has reduced barriers to student learning, provided focused resources for students, and provided quality professional development opportunities to staff. Albert Lea Area Schools’ equity work is focused within the pillar of opportunity and achievement with an emphasis on four key areas: understanding the culture of their diverse students; examining the impact of poverty on their student’s education; understanding the mental health needs of their students; and aligning special education instruction to support the needs of their students in a mainstream setting.

In 2019, Funk led the district’s learning team to the High-Reliability School’s Leadership Summit. During the 2019-20 school year, every building in the district was certified as a Level 1 HRS School. As part of the process, each building in the district evaluated its learning environment through the lens of a Safe, Supportive, and Collaborative Culture. The focus of the district over the next two years is to reach HRS Level Two: Effective Teaching in Every Classroom. The goal is for the teachers to learn from each other, have a quality discussion on effective learning and transfer the positive aspects of the lesson to their classroom.

“It is clear that Dr. Funk is a student-centered superintendent who has a sharp focus on equity and leadership development,” said MASA Executive Director Deb Henton. “Dr. Funk is an exceptional model of leadership for his students, regional peers, and across the entire state of Minnesota. We are very proud to have Dr. Funk represent our administrators as Minnesota’s Superintendent of the Year.”

Funk served for 30 years in the Army National Guard, retiring in 2018 at the rank of colonel. Significant operational assignments include infantry battalion commander in Kosovo in 2007-08, and chief of the joint staff in 2018, in which he was responsible for the oversight of security operations for 600 members of the Minnesota National Guard during Super Bowl 52. Funk also deployed to Bosnia, and participated in a Multinational Exercise NATO in Greece.

Funk is originally from Rochester, and has been married to Anne for 26 years.  They have three daughters.