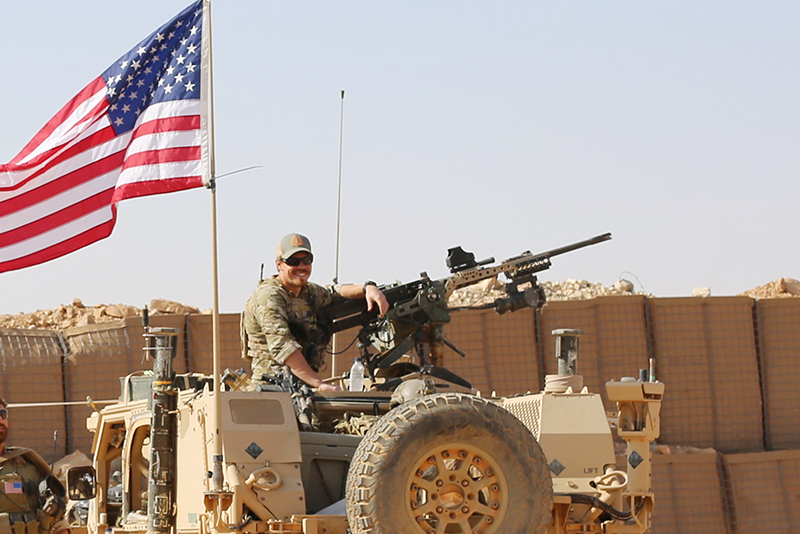 Caleb Claussen grew up on a farm near Glenville and joined the military in 2013 after spending some time in college. Claussen spent time oversees in combat missions as well as on training missions before returning to the U.S. He now lives in Maryland where he contracts for the Department of Defense. Provided

Caleb Claussen grew up on a farm outside of Glenville, not far from the Iowa border. After some time away at college, Claussen made the decision to join the Army to explore options outside the area of the farming community he had spent the majority of his life in.

“I had read all the books of all the cool stuff they get to do in the military,” Claussen said. “It kind of enticed me. And in reality, I didn’t know what I wanted to do with my life, and the military seemed like a viable option at the time. I had thought about it for a while and eventually I just said, ‘You know what, I want to do this.’”

Claussen helped on the farm before graduating from Glenville-Emmons High School and moving on to enroll in college at University of Minnesota-Duluth. Then, in 2013 at the age of 25, he made the decision to enlist in the U.S. Army.

Claussen joined as an infantryman and spent two years training in airborne school as well as the special forces qualification course. After his training, he became a special forces engineer, also known as a “Green Beret.”

He was stationed in Fort Campbell, Kentucky before being deployed twice to Syria. About three months into his first deployment to Syria, Claussen was badly injured when the explosive ordnance disposal (EOD) technician he was with stepped on an improvised explosive device (IED).

Claussen said he came away with minor shrapnel wounds, a ruptured eardrum and a hand that had around 20 different fractures. After the explosion, Claussen was driven out of Syria; he then had one surgery done in Turkey, one in Germany, followed by seven more operations at Walter Reed Army Medical Center in Washington, D.C.

About eight months after the injury, Claussen headed back to Syria, where he completed another combat rotation, as well as spending a month training the Jordanian Special Forces. He spent another nine months in the service after returning to the United States, before leaving the military and going back to school for a short time. He currently lives just outside of Baltimore, Maryland, where he contracts with the Department of Defense. He said he enjoys coming back to the area a few times a year to see his family.

“I got my job based on the contacts I made in the military and the experience that I gained in it,” Claussen said. “I actually train military units on the current drone threat.”

Claussen had some advice for anyone thinking about joining the military.

“It’s a great option for someone who doesn’t quite know what they want to do,” he said. “Especially with all the different jobs, if you want to learn a new skill set, you can be a mechanic, you can be a medic. There are hundreds of jobs within the military.”

For those that want to get into the combat aspect, he said it’s not always like it seems in the movies. He said there can be a lot of boredom sitting around and waiting for something that might never come.

“Also, before you get into combat, make sure it’s something you really want to do,” Claussen said. “What looks cool in movies isn’t necessarily going to be all that cool when you have to do it in real life.”