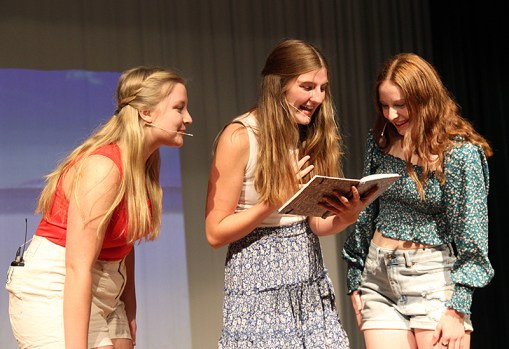 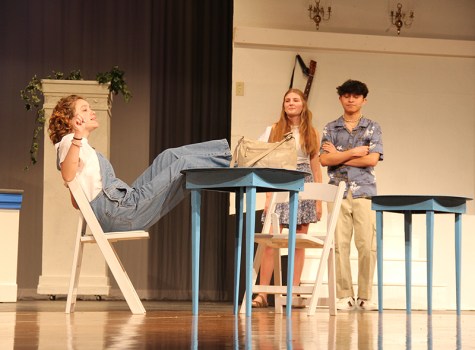 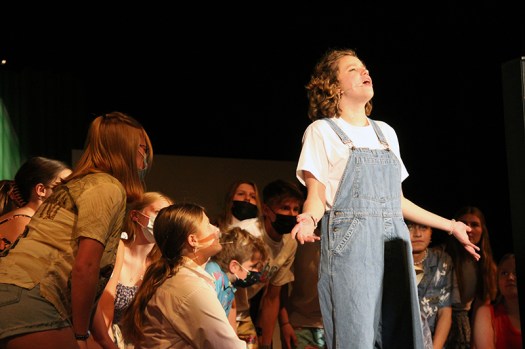 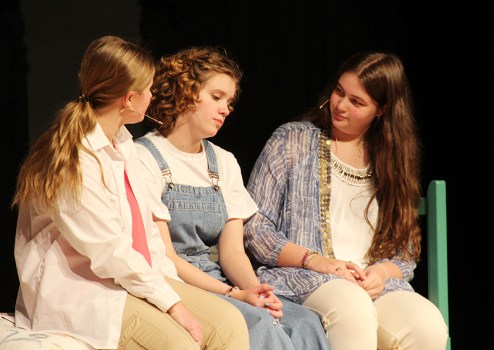 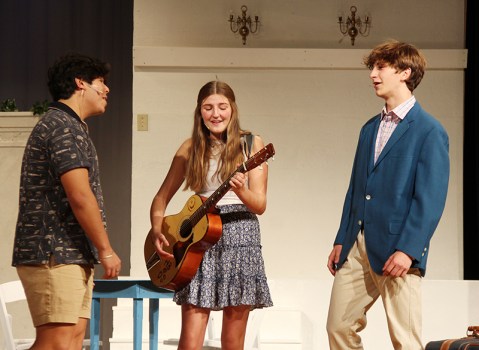 Albert Lea High School students will bring a classic story to the stage this week for their first musical since the start of the pandemic.

Students will perform “Mamma Mia!,” the story of bride-to-be Sophie Sheridan, who is trying to find her real father. Dreaming that her father can walk her down the aisle on her big day, she secretly invites three men from her mother’s past to her wedding. Her mother, Donna, is going crazy that all three of her former lovers have returned and are ruining her daughter’s big day.

The role of Sophie Sheridan is played by Grace Dawson, and her mother, Donna, is played by Ava Cunningham.  Ryan Utz, Jared Turrubiartes and  Joseph Yoon play the roles of Sophie’s three possible fathers.

Director Diane Heaney said she is proud of the students, who had not been on the stage for a musical for many months, and who have made such large progress in preparing to perform.

“The kids have come so far,” Heaney said.

The play opens at 7 p.m. Thursday in the Albert Lea High School auditorium and continues at the same time on Friday and Saturday.

“People are super excited to finally see a show again,” said senior Jared Turrubiartes, who plays Bill Austin, one of the potential fathers.

Turrubiartes said he had been a small part in the musical his sophomore year, and he enjoyed it and wanted to have a bigger impact this year.

He and the other students have been practicing most days since the beginning of October.

Katie Holt, who plays Tonya, one of Donna’s best friends, said this is the first musical she has ever been in, and before this play has always been in the tech room during productions.

Her favorite part, she said, has been the singing.

“I’ve sung these songs forever, and being able to sing on stage with friends,” Holt said.

In addition to the main characters of the story, the musical has over 30 who play the roles of islanders and wedding guests.

“Mamma Mia!” was originally produced in London by Judy Craymer, Richard East and Bjorn Ulvaeus for Littlestar in association with Universal.

Tickets are $8 for adults and $6 for seniors and students. They are available online at www.alschools.org/tickets and also at the door starting at 6 p.m.

Cost: $8 for adults, $6 for seniors and students; tickets can be purchased at www.alschools.org/tickets or at the door.