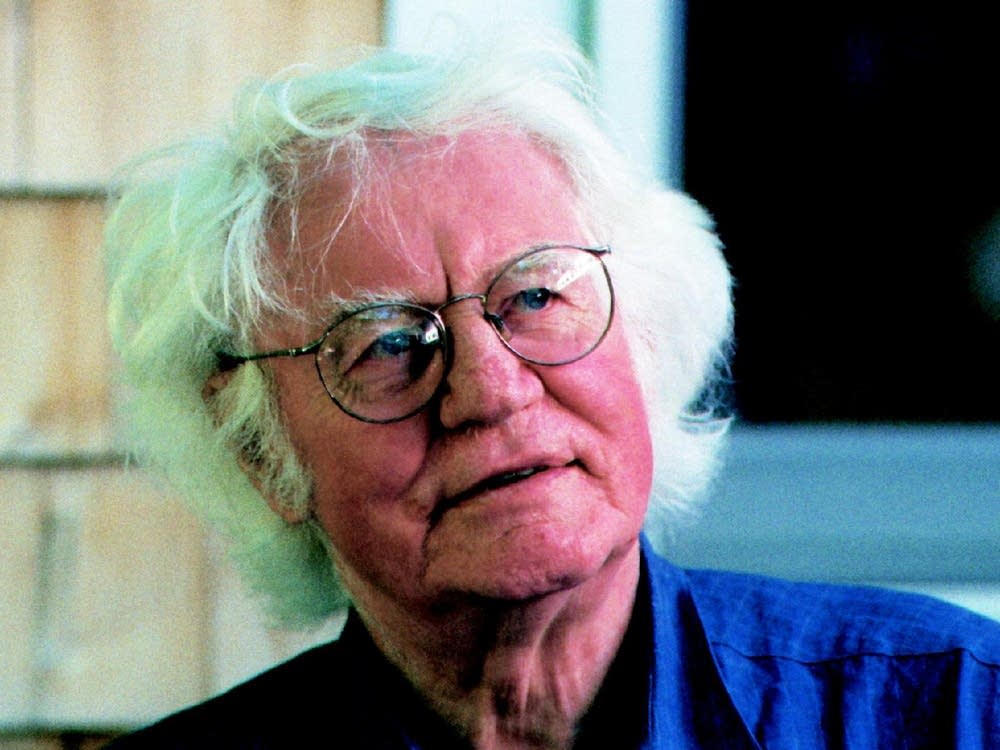 Robert Bly has been described as a pivotal figure in the history of Minnesota poetry. He died Sunday at age 94. Courtesy photo

Minnesota poet, teacher and men’s movement founder Robert Bly was a major figure in American literature for decades who drew adulation and controversy. Bly died Sunday. He was 94.

Born in 1926, he grew up on a farm in Madison, Minn. Bly studied writing at Harvard University with poet and playwright Archibald MacLeish. His classmates included Adrienne Rich, John Ashbery, George Plimpton and his lifelong friend Donald Hall, who admired Bly’s ability to conjure analogies.

Hall said Bly had the “imagination to think by way of things and improbabilities. Often witty but also very moving often. This is an extraordinary quality of mind and I have never known anybody with this ability.”

After earning an MFA at the Iowa Writers’ Workshop, Bly returned to the family farm.

There he met William Duffy, another poet. They shared a belief that American poetry was too rooted in the classical themes proffered by European writers. They decided to shake things up with a literary magazine they named “The Fifties.” They put out a call for poems and received work from many big names. But Bly said they weren’t inclined to publish many of them.

Bly remembered his colleague drafting the rejections as, “’Dear Mr. Jones, these poems remind me of false teeth. Yours sincerely William Duffy.’ Or ‘Dear Mr. Jones, these poems are a little like lettuce that’s been left too long in the refrigerator.’ And then we’d get insulting letters back, and we’d print the letters because they had more excitement and energy in them than the poems!”

Bly and Duffy printed poems by Gary Snyder, James Wright, Thomas McGrath and Galway Kinnell. Bly’s translations of poems in other languages introduced U.S. audiences to the work of such poets as Pablo Neruda and Federico Garcia Lorca. “The Fifties” became essential reading for young American poets, with its doctrine of experimentation and originality.

Bly’s first major collection of his own poetry, “Silence in the Snowy Fields,” came out in 1962. It referred to life on the farm Bly shared with his first wife, the writer Carol Bly, who died in 2007.

Bly won a National Book Award in 1968 for his collection “The Light Around the Body.” By then Bly had co-founded American Writers Against the Vietnam War. The collection included blistering condemnations such as this poem “Counting Small-Boned Bodies.”

His workshops and readings attracted huge crowds that would listen, sometimes for hours as he spoke, and recited poetry aloud, usually from memory.

He began combining folk tales with his thoughts on how society applies gender roles. A lot of his early work was on the impact on women, but in time he turned his attention to men. Bly argued men had gone soft. He said social norms disconnected men from their emotions, which in turn brutalized them. In an interview on Minnesota Public Radio, Bly said it was an idea some people just couldn’t understand.

“It never occurred to think that men had feelings, or could be easily hurt. You understand what I am saying? You never notice that in any of the commercials that are on television or radio. Men are regarded are something useful and ridiculous. There is a tremendous amount of belittling of men that has been going on for a long time in our culture,” he said.

Bly’s men’s workshops using drums and masks attracted hundreds. He also wrote “Iron John,” a book which used a fairy tale to synthesize his ideas on masculinity. It spent 62 weeks on The New York Times Best Seller list. But some saw his pro-men stance as anti-women. Bly’s daughter Mary remembers a lot of animosity.

“He paid me $250 to read the manuscript of ‘Iron John’ and make it OK for feminists,” she said. “I was in grad school in Yale at that point, and I called him up and was like ‘Dad, this is never going to be OK for feminists,’” Mary Bly said in an interview several years ago.

The men’s movement, as it became known, was the focus of a firestorm of media attention, including a nationally televised piece showing a “Wildman” weekend in Texas which claimed to advocate Bly’s ideas. It resulted in both more hostility and ridicule.

Looking back, Bly said he was proud of raising awareness of men’s emotional needs.

“The best effect we’ve had is on young men who are becoming fathers who are determined not to be the remote fathers that their own fathers were,” he said.

All through his life, poetry was a constant for Robert Bly. Another constant was teaching. Later in life he turned to a poetic form called the ghazal, delighting in its complex rules about syllables and philosophical content.

Poet and journalist Jim Lenfestey organized “Robert Bly in the World,” a 2009 conference on Bly’s life and work, and called him highly influential.

“His impact was really comparable to Ezra Pound who in the first half, who not only wrote poems but also changed the ear and his ideas changed the culture of American poetry,” Lenfestey said.