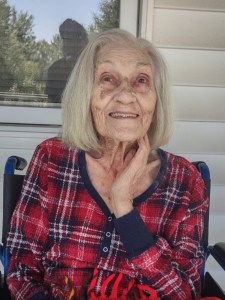 June was born May 23, 1929 in Dodge Center, MN, the daughter of Clarence and Lenora (Mussman) Ebenhoh. She attended and was a graduate of Blooming Prairie High School in 1947. After high school, June worked as a waitress. She married Roland (Ronnie) Dahl on June 30, 1948. After their children were born, June was a stay-at-home mom. In addition to raising their children, she and Ronnie were foster parents to many children.

June worked in housekeeping at Prairie Manor for 20 years. Her hobbies include going to flea markets and garage sales, reading and baking.

Private family services will be held at a later date. For more information or to leave a condolence message go to www.megercares.com