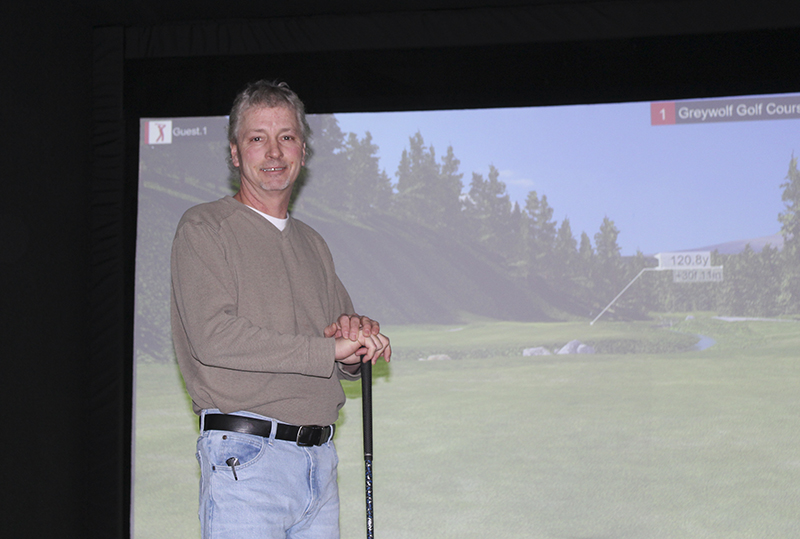 Business allows golfers to play on courses from across world

A rural Hartland man with a love of golf has opened a new business at Skyline Plaza that allows people to take their passion for the sport indoors.

Folie said he opened the business after working construction his whole life and wanting to get into something different.

“I started looking into it, and it grew from there,” he said.

While he said he’s not good at golf, he loves the sport and has been playing it for about 22 years. 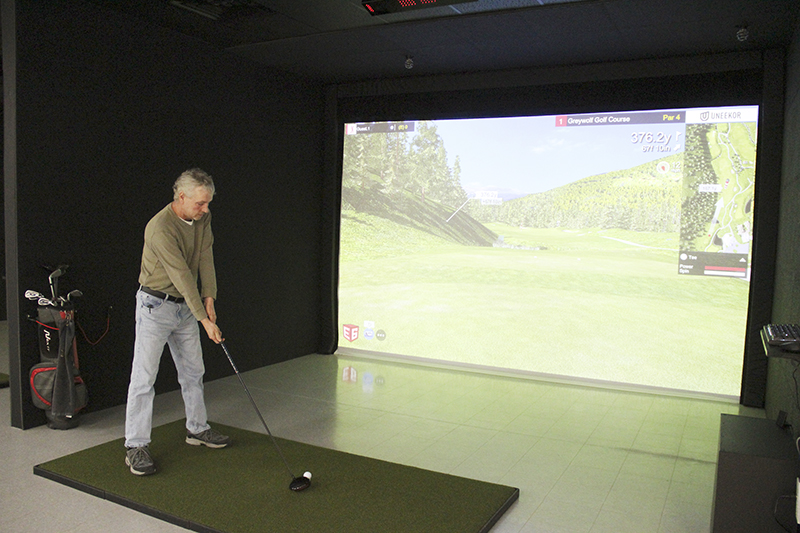 Folie demonstrates how the simulators are used on Monday. He said he plans to open leagues in January. Crystal Miller/Albert Lea Tribune

He renovated a space in Skyline Plaza, and the golf center features three hi-tech simulator bays that give players the chance to hit real golf balls with real clubs on their choice of about 100 different courses from around the world.

One to five people can play in each bay at a time.

Folie said playing, people will feel like they are actually on the course. When they hit the ball, it hits the screen, and then the screen shows virtually where the ball is going.

He hopes to start up leagues in January and possibly reach out to high school golfers in the spring to get some practice in his business.

He said the business will likely be open from October to May each year and will shut down for the summer, when outdoor golf courses are open, depending on how things go.

For now, A.L. Golf Center is open from 10 a.m. to 8 p.m. seven days a week, except for any major holidays. It will likely be open later once leagues start.

“I just want to see happy people,” Folie said. “This is a tough time for everybody. I hope to help them come in and smile and relieve their worries.”

People should bring their own clubs and balls to play.

To find out more information, such as prices and courses, visit algolfcenter.com.