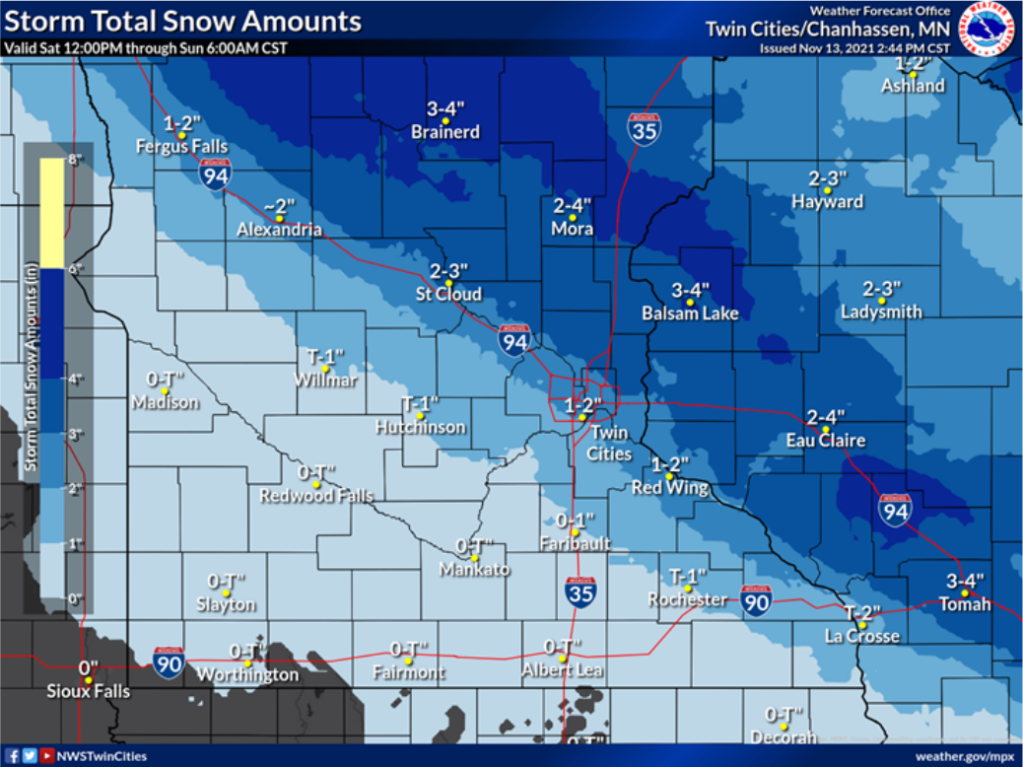 Officials urged caution on the roads as ice and strong winds threatened to make driving conditions treacherous late Saturday and into Sunday. The Minnesota State Patrol has already cited snow and icy roads in a fatal crash on Thursday afternoon when a storm moved into the state.

Forecasters expected between 2 inches (5.1 centimeters) and 4 inches (10.2 centimeters) of snow to accumulate over the weekend north of Interstate 94. Less was expected in the southern part of the state.

For Freeborn County, the National Weather Service is calling for possible light snow this evening that could impact travel. Later tonight could be gusty northwest winds with speeds in excess of 40 mph.