‘We are struggling as well as you’ 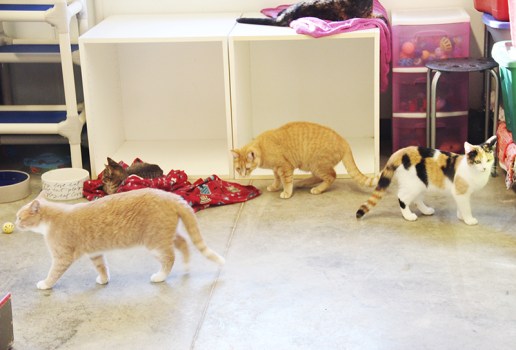 The Freeborn County Humane Society presently has 180 cats at its shelter or in foster homes. The organization’s leaders say they have seen an increase in animals under their care during the pandemic that doesn’t seem to be going down. Sarah Stultz/Albert Lea Tribune 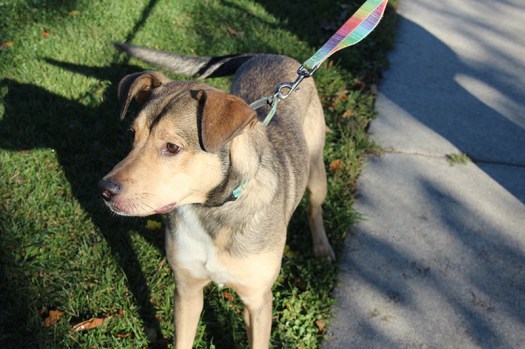 While the Freeborn County Humane Society has numerous cats and kittens that are available for adoption, it also has several dogs. Sarah Stultz/Albert Lea Tribune 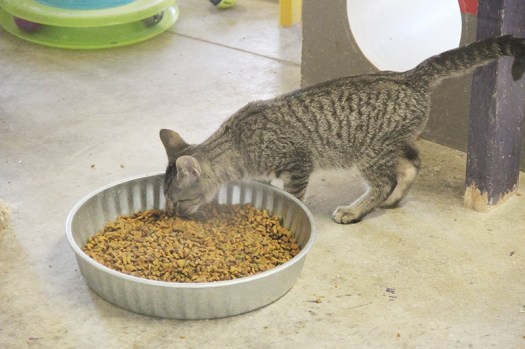 A kitten eats food from a dish earlier this week at the Freeborn County Humane Society. Sarah Stultz/Albert Lea Tribune

Shelter is at its max, vets catching up on surgeries

The Freeborn County Humane Society, veterinarians and other organizations that care for animals are continuing to struggle as the trickle-down effects of the COVID-19 pandemic are impacting their operations.

Humane Society Shelter Director Christa DeBoer said the pandemic brought a sense of uncertainty to many — whether it be about finances, volunteering in the shelter or fostering animals. Add on top of that a continued increase in animals, and it has been extra challenging.

DeBoer said 2020 was actually a wonderful year for the Humane Society with several great adoptions. The organization, unlike many others around the area, was open.

“We were working with people through the whole thing,” she said.

In the spring they had expected to be inundated with kittens, but that didn’t start to happen until the summer and the fall, and now it’s like they are “drowning,” said volunteer Dee Amberg.

They referenced similar things happening in other communities in southern Minnesota to the point that some shelters have had to close their intake of new animals.

DeBoer said she thinks one of the reasons for the influx of kittens is because veterinarian clinics were not allowed to have spay and neuter surgeries during part of the pandemic under state guidelines and were only able to perform emergency surgeries.

Still getting caught up

Tia Taylor and Cassie Nelson, technicians at South Central Pet Care in Albert Lea, said though their business was always open for curbside service for emergency care, they were unable to perform things such as spays and neuters, do dental work or even give vaccines to animals that would normally be a large part of their routine.

On top of that, the women said with more people being at home during a portion of the pandemic, many of their clients got more pets. Later, when many people eventually went back to work, a lot of the pets got anxiety without being near their human companions all day.

They said at one point, the vet clinic was so busy it had to stop taking on new clients, and even though it has been up and running again at full operations for several months, it is still booked out until February for surgeries.

‘We are struggling as well as you’

DeBoer said during a normal year, the Humane Society always reaches a high of animals where the shelter is maxed out, but typically it’s only for a short period of time. This year, that high is not coming back down.

“This year, even with our dogs, we’re full — and we’ve been full,” DeBoer said.

They are getting animals surrendered from owners all over the region — Forest City, Rochester, Lyle.

“They are reaching out to anyone they think might take the animals,” DeBoer said. “It’s kind of a different world.”

DeBoer said she thinks many of the people who have surrendered animals are financially struggling because of the pandemic and have had to cut out their animals in an effort to help their financial situation.

“They need to understand that we are here and that we are struggling as well as you,” Amberg said. “While you’re asking us to help, we also need you to help us. It’s got to be that two way street. It can’t be where we’re helping, helping, helping, but then we’ve got nothing flowing back in. We need to have that relationship with the community: We help them; they help us.”

The women said the Humane Society is in desperate need of volunteers, particularly in the mornings, who can help clean the shelter or perform other tasks such as answering phones or helping with laundry.

“If someone can give us an hour or two a day, that’s a huge help to us,” Amberg said.

They also have some animals with special needs diets, which utilize special food from The Pet Authority. They utilize cat litter from the same store.

In addition, there is always a need for more foster homes for kittens.

Though the shelter does not have any regular open hours — it is open by appointment only to the public as a safety precaution because of the pandemic — people can set a donation by the front door or call or text that they are dropping off a donation. The organization’s main number now can receive text messages.

If people want to become a foster home or adopt, they should start by filling out an application on the organization’s website at freeborncountyhs.org.