An Albert Lea man was sentenced to 344 months in prison Thursday for criminal sexual conduct of two children over a period of time. 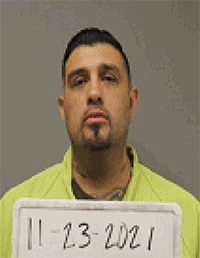 Assistant Freeborn County Attorney Abigail Lambert said the two victims had testified in the trial, along with their mother, and an Albert Lea Police Department detective was starting to testify when Rodriguez Morales entered the plea.

The remaining eight counts were dismissed.

District Court Judge Karen Duncan sentenced Morales to 172 months for each count, of which they will be spent consecutively. He will be on a lifetime of conditional release following his release.

The defense had asked Duncan for a departure in sentencing and that Rodriguez Morales be put on probation, and Lambert had argued against it, requesting the maximum 344 months in total.

He will receive credit for 82 days spent in jail.