Clare Reese Vincent, age 91, passed on to be with the Lord peacefully while in Hospice care at his home in Albert Lea on December 1, 2021. 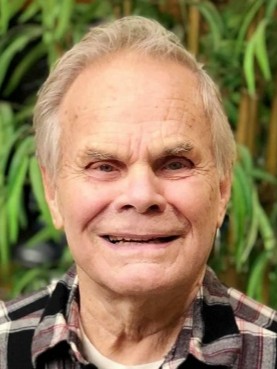 Clare was born June 13, 1930 to Leo and Cassie (Reese) Vincent. He grew up on the family farm in Missouri until he was 13, and then the family relocated to Austin, Minnesota. Clare started working on the farm at a young age, and then worked for more than 35 years at Golden Dairy, until their closure. His passion for bowling at Austin Bowl led to his career as a bowling machine mechanic for AMF. He then started his own company as a mechanic, traveling across the Midwest repairing bowling machines. In 1984 he bought Albert Lea Bowl, then purchased and reopened Holiday Lanes in 1990. He has since made Albert Lea, Minnesota home. He and the family ran the business for more than 25 years. From January 1951 to November 1952, at the age of 21, Clare faithfully served in active duty with the United States Army, Private First-Class Infantry.

In August 1956 he married Iris (Nelson) Vincent and together they raised one child, Monica. They were married for 47 years, until Iris’ death in 2003. In 2012, he found love again and married Sharol (Burgess) Vincent. Together they enjoyed snowmobiling and riding their three-wheeled Spider, including trips to Missouri where they even resided for two years. He enjoyed their Spider trips up North to visit and ride with nephew Larry Rowe and his wife Luanne. Clare especially enjoyed many good meals around the table and time spent with grandson Dustin Barr, Melissa, and family.

Clare was preceded in death by his first wife Iris (Nelson) Vincent, parents Leo and Cassie Vincent; brother Cecil Vincent; daughter Monica Barr; and great-granddaughter Hayden Barr. A private funeral service will be held for family, due to COVID.