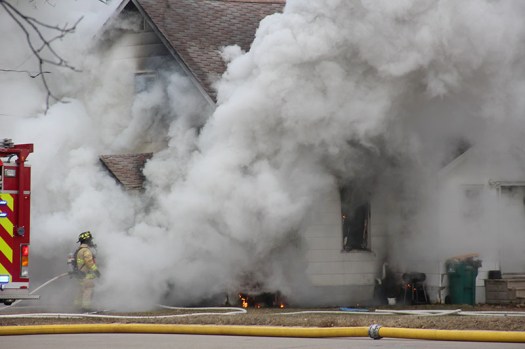 Albert Lea firefighters battle a house fire at 116 W. Seventh St. Wednesday morning. One person was injured and was taken to the hospital in an ambulance. Sarah Stultz/Albert Lea Tribune 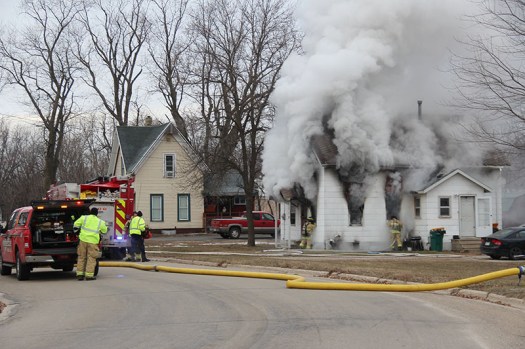 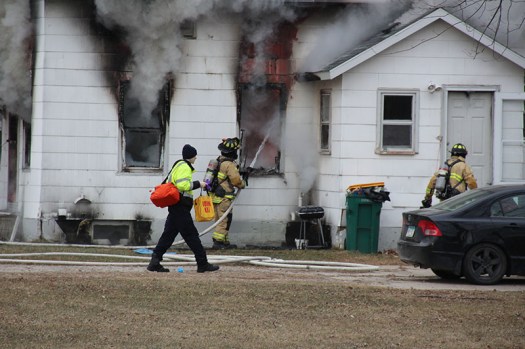 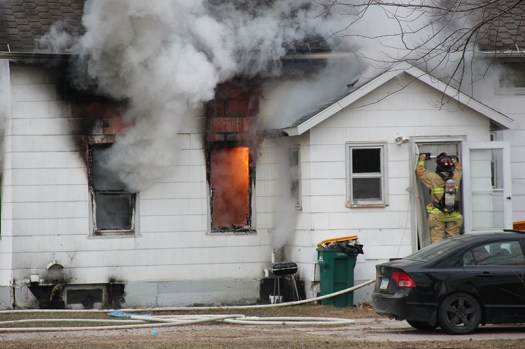 Flames can be seen through one of the windows at 116 W. Seventh St. the morning of Dec. 22, 2021. Sarah Stultz/Albert Lea Tribune 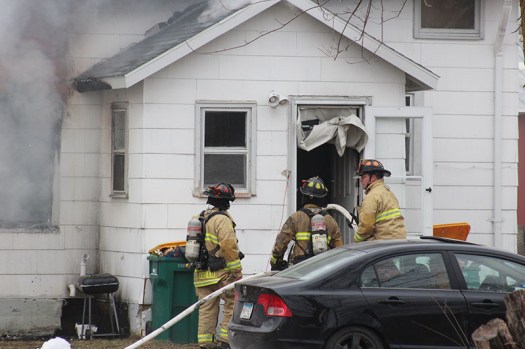 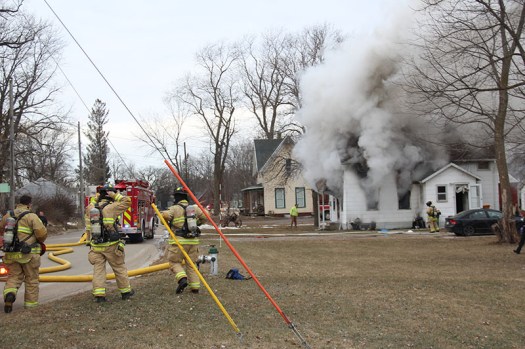 Another crew of Albert Lea firefighters arrives at the house to assist in extinguishing the blaze. Sarah Stultz/Albert Lea Tribune 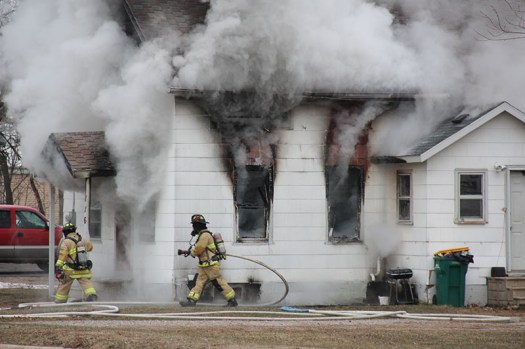 Heavy smoke billows out of the house at 116 W. Seventh St. as firefighters work to extinguish the blaze on Dec. 22, 2021. Sarah Stultz/Albert Lea Tribune 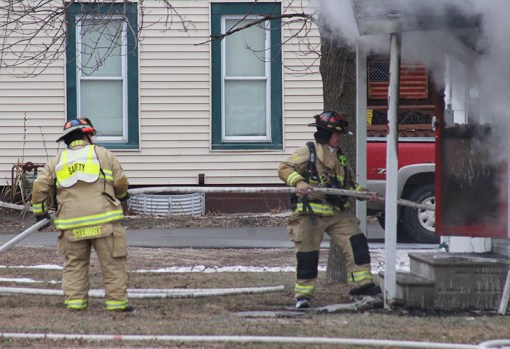 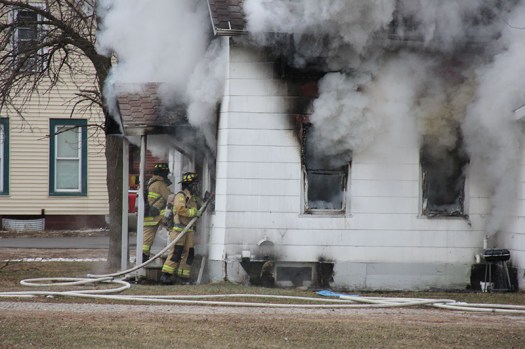 Heavy smoke billows out of the windows of a house at 116 W. Seventh St. as Albert Lea firefighters work to extinguish the blaze. Sarah Stultz/Albert Lea Tribune 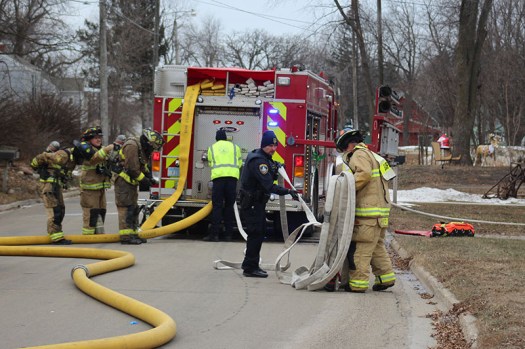 An Albert Lea police officer helps a firefighter with hose during response to the fire. Sarah Stultz/Albert Lea Tribune

An Albert Lea man was charged in Freeborn County District Court Wednesday afternoon with lighting a woman on fire inside a house on Seventh Street.

When first responders arrived at the house, at 116 W. Seventh St., heavy fire could be seen and dark smoke billowed out of the windows from the first and second floors.

The woman was taken by ambulance to the emergency room at Mayo Clinic Health System in Albert Lea and was then flown to a burn unit at a Twin Cities hospital, according to the court complaint.

She sustained third-degree burns to her hands and other more minor burns to other portions of her body. Reports said she had burns on approximately 12% of her body and obtained loss of skin on her hands due to the severe burns.

The man who was arrested, Logan Michael Netzer, 38, faces one count of first-degree assault tied to the case. Police stated the fire investigation is being conducted separately, and separate charges will likely be filed for arson.

First responders were called to the house on fire at 116 W. Seventh St. at 9 a.m. Wednesday morning.

Netzer and the woman were in a detached garage when police arrived.

The woman reportedly told an officer Netzer had thrown an accelerant on her and lit her on fire after they had gotten into an argument because he had called her by another woman’s name and she was upset.

Throughout the argument, he reportedly took a mixture of chemicals that he had mixed the night prior and threw it at her, and then used a butane torch to start her on fire. The woman’s pants were on fire, so she rolled on the ground to try to put the fire out and ended up removing her pants.

A witness reportedly told police the night prior Netzer was mixing chemicals that he believed contained paint thinner and acetone in glass jars and that Netzer was also adding Styrofoam to the mixture. The witness told Netzer to get the mixture out of the house because of its smell.

The person also noted that Netzer and the woman were fighting the night before because Netzer wanted to spend time with his wife.

The court complaint stated Netzer’s story to police was “disconnected and did not follow a consistent timeline of events.” He reportedly told officers he and the woman were fighting and the woman was calling him names. He was angry and pacing back and forth and reportedly stated there were propane tanks and torches in the house nearby and that the woman used a small butane torch to light up something to smoke and all of a sudden caught fire.

Officers executed a search warrant at the house and found a yellow and black backpack that contained a glass jar covered by a wool sock. Also inside the backpack were strips of what appeared to be a T-shirt material and acetone, and inside the jar was an unknown cloudy liquid.

Inside the detached garage, officers found another jar that was broken, as well as broken pieces of Styrofoam, and outside of the garage was an empty metal container of paint thinner.

Albert Lea firefighters remained at the scene for about two hours putting out hot spots. The residence had extensive fire damage and is considered a total loss.

The court complaint states the fire is believed to have originated in the house’s living room and has been considered arson. The Minnesota State Fire Marshal’s Office is assisting Albert Lea Fire Rescue in the investigation.

Freeborn County District Court Judge Ross Leuning ordered Netzer be held on $150,000 conditional bail. If he posts bail, he must have no contact with the woman injured in the incident, have no use or possession of firearms or dangerous weapons and not leave the state without prior court approval, among other conditions.

He is next slated to appear in court Dec. 30.