Guest Column: Every day is an opportunity for growth

According to research, about one in four people make New Year’s resolutions. Most will abandon them in the first month with only 8 to 12% finding success throughout the entire year. 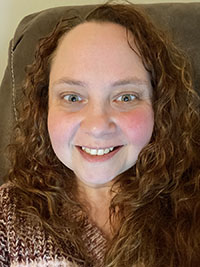 These statistics are not new. In fact, I think they’re common knowledge. So why do we continually set ourselves up for failure?

I think there are probably several issues that contribute to these statistics. Resolutions are often too vague or too ambitious. When our effort isn’t met with the anticipated reward in a timely manner, we can become quickly disillusioned.

Sometimes we fail because we have no plan for exactly how to succeed. We make generalized statements, but don’t define how we intend to follow through to ensure we get our desired result. Another factor is perhaps our choice in timing. We start out in a fast sprint due to our high motivation levels, but those levels eventually bottom out. Fast and furious typically isn’t an effective strategy for maintaining long-term success. Others stretch their energy and willpower a little too thin by trying to tackle too many aspirations at once.

I’m as guilty as the next person when it comes to falling into these traps. But I’m not doing it this year, and I hope all of you will join me.

Every day is an opportunity for growth. Every day we can make a choice that will lead us one step closer to being the person we want to be. Instead of falling into the resolution trap, let’s make reasonable, measurable goals for ourselves and forgive ourselves when we make mistakes.

Why wait until Jan. 1? Why not start right now?

For the vast majority of us, a gluttonous meal is not the end of the world. Neither is missing a single fitness class. It’s when we establish a pattern of behavior that doesn’t reflect our wants and desires that problems arise.

So what exactly should we do? Well, if you talk to someone who has successfully battled addiction, they will most likely tell you that they make a daily choice to maintain their sobriety. There is a lesson to be learned there, and it’s in the framing of the language they use. They choose sobriety.

We can frame our goals the same way. You can choose self-love or self doubt. You can choose to persevere over temporary setbacks or succumb to them. You can be the one who stands up after being knocked down or the one who stays down. There are consequences to either choice, which is described in an old Cherokee fable.

An elder tells his grandson, “Every choice in life is a battle between two wolves inside us. One represents anger, envy, greed, fear, lies, insecurity and ego. The other represents peace, love, compassion, kindness, humility and positivity. They are competing for supremacy.”

“Which wolf wins?” the grandson asks.

Kelly Wassenberg is a freelance writer for the Tribune. She lives in Wells with her husband and is the proud mother of two.

Ask SCORE: Why was my loan financing app rejected?