James “Jim” Horgen, an entrepreneur, writer and economic advisor who leveraged his experience with Aramco and the Sultanate of Oman to enter the photovoltaic industry in the Middle East, died on Wednesday, Nov. 10, 2021 at his home in Bethany Beach, DE. He was 82. 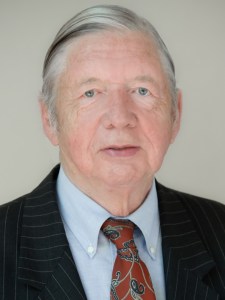 Born in 1939, he grew up in the small town of Twin Lakes, Minnesota. His savvy as a hunter and trapper helped finance his education at the University of Minnesota, where he began to cultivate his interest in languages. He left the U.S. to study at the University of Cairo, and later the Sorbonne in Paris and the Goethe Institute in Bavaria.

During his travels in the Middle East, he met his wife, Janet Austin, in Beirut, Lebanon, where they later married.

Using his esteemed knowledge of Arabic dialects and history, Mr. Horgen worked with USAID in Yemen and Aramco in Saudi Arabia and as a contributing writer to CBS and Voice of America (Beirut), Aramco World (Amsterdam), The Geographical Magazine (London), and Al-Arabi (Kuwait). In Oman, he worked as an economic advisor to Sultan Qaboos bin Said, responsible for the implementation of economic and social development projects in the Dhofar region.

After leaving Oman, he moved to Washington, D.C. where he established an energy consulting firm, focusing on solar energy. His firm went on to design and install the first-ever solar village power systems in Pakistan and Yemen, introducing renewable energy as a viable alternative for rural electrification in Asia and the Middle East. Built in the early 1980s, those solar systems are still in use today.

For all his travels and experiences overseas, Mr. Horgen maintained a particular affection for the rural Minnesota farming community that shaped his youth. He always spoke fondly of his small town, often recounting stories with the tell-tale Norwegian accent of the area.

Mr. Horgen is survived by his wife of 52 years, Janet, and three children: Kristin, Sonja and Alex.