John H. Sauer, age 65 of West St. Paul, passed away unexpectedly of cardiac arrest on December 8, 2021. His family, friends and former co-workers mourn his loss. All will miss his unique talents, love of life and one of a kind personality. 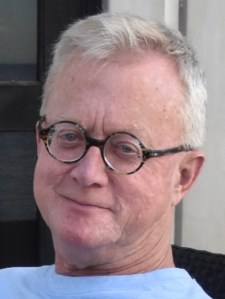 John was born on January 17, 1956, in Albert Lea, Minnesota to Orville and Leona Sauer. Following his graduation from Alden High School as class co-valedictorian, John graduated summa cum laude from Wartburg College with a focus on finance and accounting where a highlight was participating in the college band and traveling to Europe. John went on to have a successful career in finance at St. Paul Companies and The Travelers, including time working in London. For the past several years, he thoroughly enjoyed and made the most out of his retirement. He continued to play an active and valuable leadership role participating in Wartburg’s fundraising efforts.

John was a loyal and generous friend and family member. His many close friends felt he was as much a part of their family as a friend. John was a dog whisperer and was particularly fond of his adopted dog and close companion Scooby. He was an accomplished pianist and music was one of his many passions, along with reading, sharing a good meal, traveling the world, soaking up the sun and enjoying the occasional adult beverage. He worked hard when it mattered, but John was also a master of the art of relaxation. And he was not shy about letting people know what he wanted to do!

A memorial service is pending for January 15th. Details will be announced on Gearty Delmore Funeral Chapel’s website at gearty-delmore.com. A private family internment will occur in the spring at Alden Cemetery. Donations may directed to the Animal Humane Society, Wartburg College, and The Courage Center.