Man pleads not guilty to allegedly lighting woman on fire

The Albert Lea man charged with first-degree assault for allegedly lighting a woman on fire inside a house on Seventh Street last week pleaded not guilty Thursday to his charge. 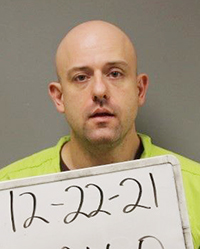 Larson requested a pre-trial and jury trial for Netzer but noted he would not request a speedy trial.

Court document state Netzer allegedly threw a mixture of chemicals on the woman and lit her on fire with a butane torch after they had gotten into an argument.

When first responders arrived at the house, at 116 W. Seventh St., the house was engulfed in flames.

The woman was taken by ambulance to the emergency room at Mayo Clinic Health System in Albert Lea and was then flown to a burn unit at a Twin Cities hospital, according to the court complaint.

She sustained third-degree burns to her hands and other more minor burns to other portions of her body. Reports said she had burns on approximately 12% of her body and lost skin on her hands due to the severe burns. Her condition as of Thursday was unknown.