Naomi Ruth (Blaney) McNaughton passed away on December 28, 2021 at Thorne Crest Senior Living Community in Albert Lea, MN. She was born October 18, 1929 to Frederick Joseph Blaney and Opal Emeline (Myers) Blaney in Chicago, Illinois. She married Robert Francis McNaughton on August 30, 1947, in Chicago, and lived in Merrionette Park, Illinois for 63 years. She moved to an apartment at Thorne Crest in Albert Lea in November of 2017. She and her husband raised 6 children. 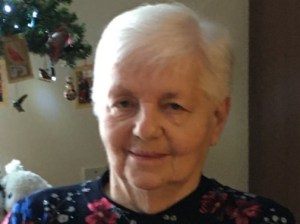 Naomi loved to visit with people and was very caring. She enjoyed Christmas and Hallmark and was employed by three different Hallmark stores in the Chicago area while she lived there. In addition, she enjoyed watching birds and the wildlife in her back yard, as well as gardening and loved her many cats and dogs. She also served as a Trustee on the Merrionette Park village board. One of her proudest accomplishments was overseeing the site selection and construction of the village police and fire hall department and offices.

She was preceded in death by her parents, husband, Robert, brother Albert Blaney, and brother and sister-in-law Fred and Dee Blaney.

Private family services will be held in late Spring in Illinois.