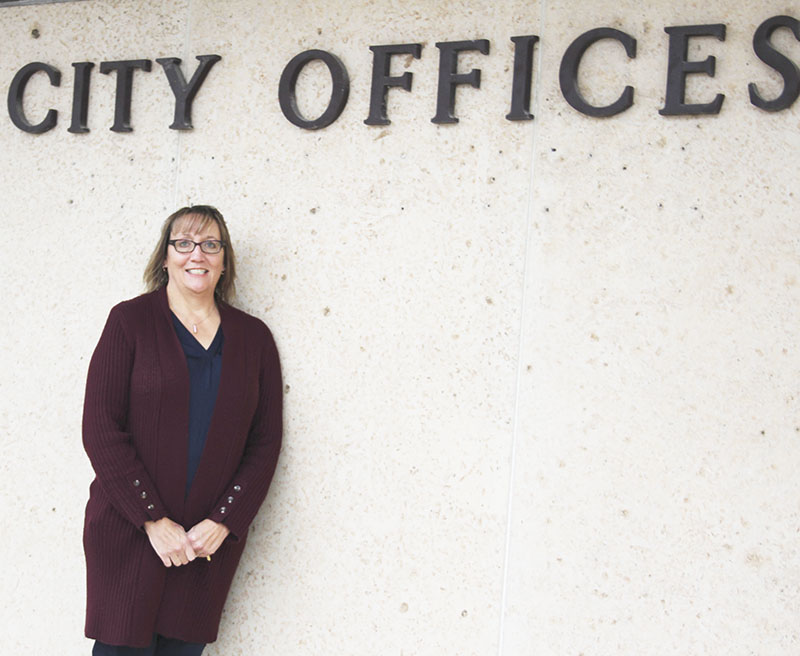 Cathy Malakowsky is the new director of community engagement and enrichment for the city of Albert Lea. Alex Guerrero/Albert Lea Tribune

There’s a new face around Albert Lea City Hall, as Cathy Malakowsky started her position as director of community engagement and enrichment Dec. 20.

Malakowsky is the city’s first director, a position created for multiple reasons, including to provide outreach to other community organizations, as well as supervision to the city’s recreation, public library and communications departments.

“My main purpose (will be) to improve our services and engagement with the public, including under-served populations,” she said.

And when she saw the city was looking for someone to do that engagement — and in her hometown no less — she jumped at the opportunity.

Her goals as director will include increasing promotions.

“There are so many great things that the city is doing, and unique,” she said. “I think we need to do more outreach as far as getting that information to people using all the kinds of different channels, whether it’s the Tribune or it’s Facebook or in-person events.”

“Libraries are becoming just as much about experiences as they are books,” she said.

The recreation department is working on building an all-abilities playground, with Edgewater Park a top location for one.

“One thing I’ll be doing in 2022 is working with that group, hoping to raise enough money through donations and also some grants and some in-kind services from the city to see if we could pull that off,” she said.

Malakowsky came from the Minnesota Pollution Control Agency, where she worked for 13 years and led communications for both the watershed and environmental analysis outcomes divisions.

“I worked all over the state, but mostly in the southeast region,” she said. “… My job was to inform and engage the public on a number of environmental issues, everything from feedlot proposals to waste water treatment to watershed restorations.”

Doing that, she loved engaging and interacting with the public. But with COVID, everything went on pause. And despite attempts to get public participation, it was different.

“It’s just so hard to have that dialogue, that conversation, virtually,” she said. “And I just really missed that public engagement component.”

Before that she was the outreach director for the Shell Rock River Watershed District.

In her free time, Malakowsky and her family visit state parks. She also enjoys hiking, biking, paddling and exploring the outdoors.