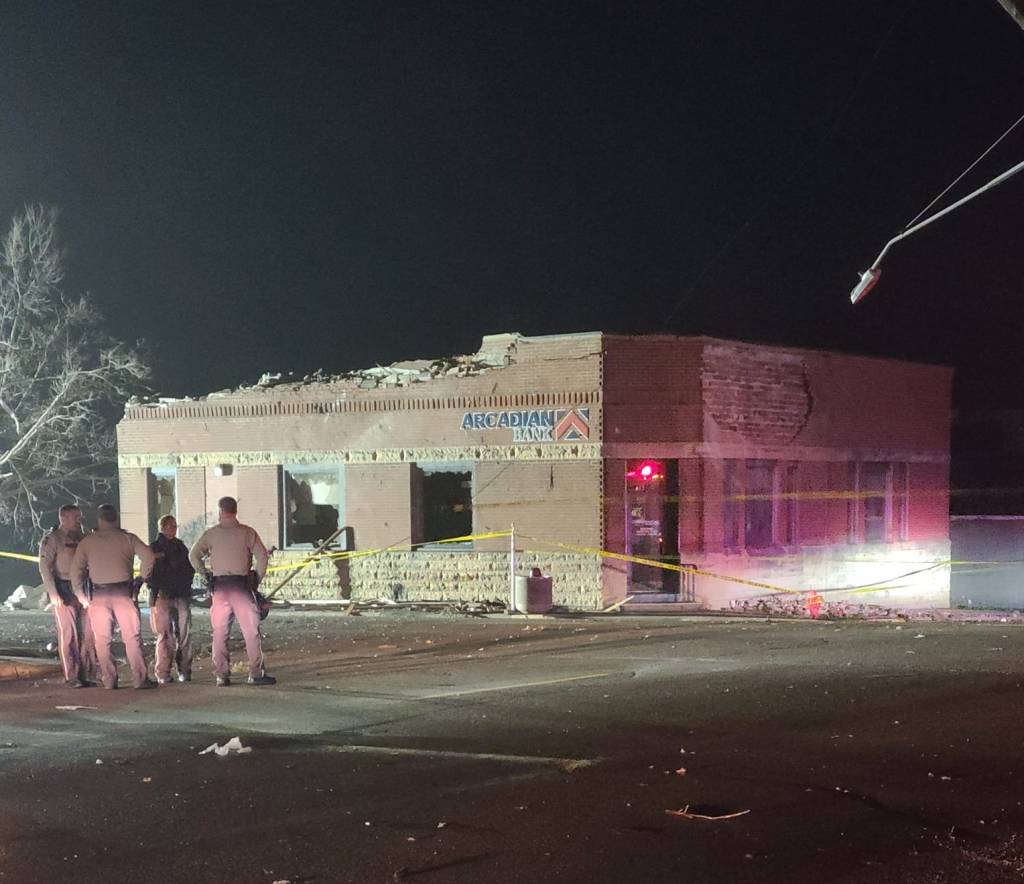 Reports of heavy damage are coming in throughout the city of Hartland in what could be evidence of a possible tornado.

Freeborn County Sheriff Kurt Freitag said Wednesday night though it has not been verified there is evidence a tornado may have come down on the southwest side of Hartland and left at the northeast end of town.

No tornado has ever been recorded in December in Minnesota. The latest tornado on record in the state had been on Nov. 16, 1931, near Maple Plain.

Arcadian Bank in Hartland and buildings in the immediate area had significant damage, and there is also damage to homes, along with downed power lines. Freitag said from what he and others have seen thus far, the damage to homes has mostly been fairly minor to moderate, though he noted there was at least one home with most of its roof missing.

Freitag said several barns and sheds in other areas throughout the county were also damaged and referenced damage being reported in Glenville and London Township and on Freeborn County Road 46 and Stateline Road.

He said deputies have gone out and tried to survey as best as they can based on the reports they have seen, but they will go back out to assess damage Thursday during daylight hours. Freeborn County Emergency Management Director Rich Hall hopes to compile a list of all of the damages in the county.

Freitag said with high winds projected through 2 a.m. Thursday, he would not be surprised if there were more reports of damage that came in.

He said if people need assistance with something, they should call the Sheriff’s Office, particularly if they see something unsafe. He also advised people to slow down if driving in the night in the event they come across downed wires or trees.

Deputies will remain near the bank throughout the night in Hartland.

Freeborn County went under a tornado warning at about 7:30 p.m. and remained under a high wind warning through 6 a.m. Thursday with gusts of up to 65 mph possible.

Check back for more information as it becomes available.