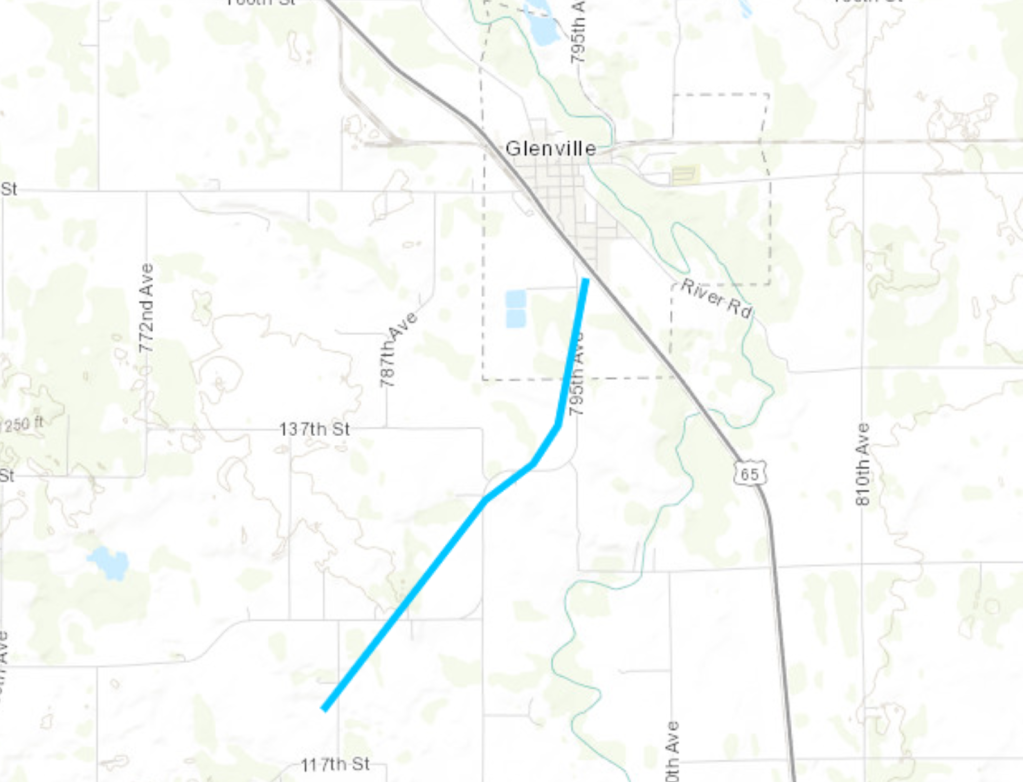 This map from the National Weather Service shows the path of the seventh tornado that has been confirmed in Freeborn County the night of Dec. 15. Provided

The National Weather Service on Tuesday confirmed a seventh tornado in Freeborn County tied to the storms the evening of Dec. 15.

The tornado, rated an EFO, started southwest of Glenville, spun up around 782nd Avenue and tracked northeast, producing tree damage until it reached 795th Avenue, the weather agency stated. There, it damaged farm buildings and tossed hay bales across the road. It stopped south of U.S. Highway 65 near 795th Avenue.

The Weather Service stated the tornado touched down at 7:12 p.m. and was on the ground for 2.71 miles. It was 100 yards at its maximum width and reached a peak of 80 mph.

The following tornadoes were previously reported:

• An EF1 southwest of Alden

• An EF1 northeast of Alden

• An EF2 in the Hartland area

• An EF1 near Myrtle

• An EF1 near London

• An EFO near Hayward

Twenty tornadoes have now been confirmed across the state.