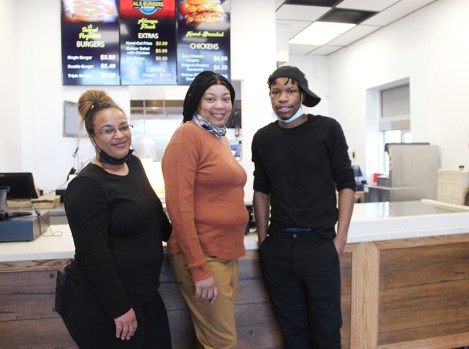 Al's Burgers and Chicken employee Jamie Agbey, general manager Nicole Hardin and employee Trashun Haywood pose for a photo in front of the menu board at the restaurant on Wednesday. The restaurant opened last week. Sarah Stultz/Albert Lea Tribune 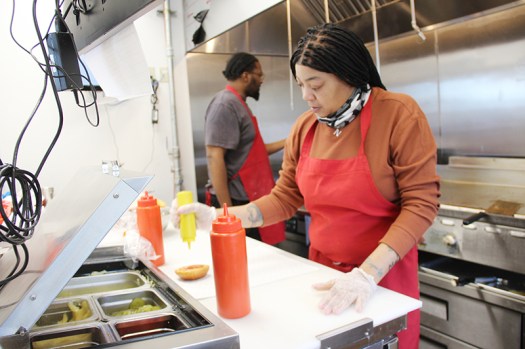 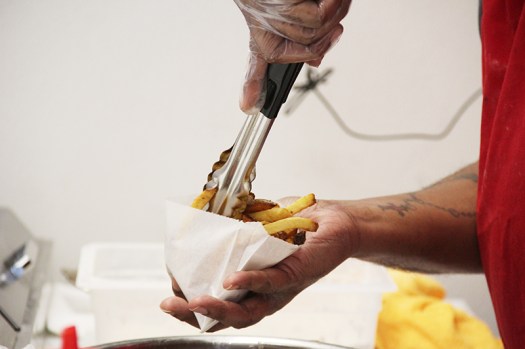 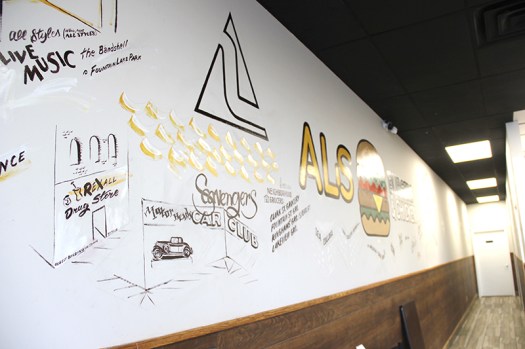 The walls at Al's Burgers and Chicken are filled with pieces of Albert Lea history about former restaurants and businesses in the community. Sarah Stultz/Albert Lea Tribune 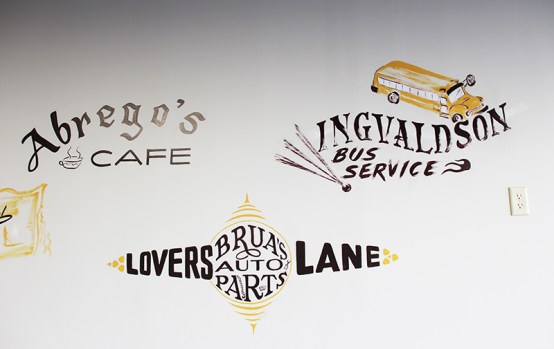 The walls at Al's Burgers and Chicken are filled with pieces of Albert Lea history about former restaurants and businesses in the community. Sarah Stultz/Albert Lea Tribune

After some delay because of the COVID-19 pandemic, Al’s Burgers and Chicken opened last week on Leland Drive near Walmart in Albert Lea.

The restaurant, whose owner has two similar businesses in the Twin Cities, sells homemade hamburgers, chicken tenders and sandwiches, hand-cut fries, and chicken Caesar salads, along with vanilla, strawberry and chocolate shakes.

Hardin said so far the burgers, which are made with fresh, not frozen, beef, have been the most popular item on the menu.

The restaurant’s fresh food is what sets it apart from other similar restaurants, she said, noting that in addition to the homemade hamburgers, the chicken tenders are freshly battered every day and all items are made fresh to order.

On top of the food, Hardin said they have received a lot of positive comments about the images painted on the walls depicting many former Albert Lea restaurants or landmarks, along with a large logo for the restaurant, all painted by Albert Lean Tim Karn.

Hardin said Karn has lived in Albert Lea for many years and has painted for 30 years.

With the clean, fun atmosphere and the fresh food, she said she hoped the restaurant would be a hit for both locals and people passing through on the interstate.

“I think it’s a great location right off the highway,” she said. “And if you come out of Walmart you might want to grab some lunch. We’ve even had quite a few Walmart employees come over.”

Hardin said the business presently has five employees and is looking for another cook and cashier. Most are from Albert Lea, while one is from Rochester and looking to relocate to the community.

She thanked the people who have stopped in and given positive feedback so far on the restaurant and encouraged people to share if they have other ideas for the menu, as well.

“Stop in and try it out for yourself,” she said.

It is presently open for indoor dining and takeout, and the drive-thru is expected to open in the coming months. An official grand opening is being planned for mid-February with special sales.