Chamber names Businesses of the Year 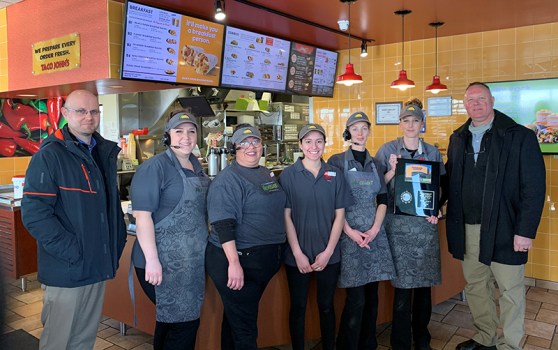 Taco John's was named Small Business of the Year. Provided

The Albert Lea Family Y was named the Medium Business of the Year. Provided 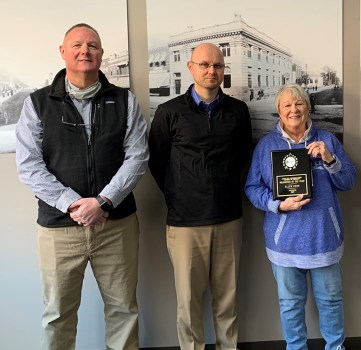 Sandy Jensen was named as the Ambassador of the Year. Provided

The Albert Lea-Freeborn County Chamber of Commerce on Monday announced it named Freeborn Mower Electric Cooperative as the Large Business of the Year.

Chamber officials and Ambassadors made the announcement online in a video posted on the organization’s Facebook page in lieu of the annual meeting because of the COVID-19 pandemic.

She said the cooperative donates to several local nonprofits and uses unclaimed capital credits to fund scholarships through the Riverland Foundation for students in need.

It also provides rebate and incentive programs to encourage energy efficiency for customers.

Jensen said the company invested more than $17 million in its new headquarters and partnered with the USDA to develop a small business revolving loan program that helps local businesses grow and expand. It has helped several local businesses and revolved $3 million through the program so far.

Outgoing chamber board Chairman Mike Chandler recognized all of the cooperative’s contributions to the community when he presented the award plaque to Freeborn Mower Electric Cooperative President and CEO Jim Krueger and other staff.

Krueger said the cooperative is proud to be a part of the community.

Mary Nelson, director of cooperative relations, said as a cooperative it is the goal to be a part of the community and to find ways to give back through the Operation Roundup program, scholarships and other efforts that employees are involved in. She said many employees deserve the recognition for the award.

Jenson said in the video the Albert Lea Family Y has been a supportive entity in the community for many years, working with everyone from youth to seniors.

“This year they stepped up and collaborated with local entities to reach out and support our community when we needed it most,” she said.

The organization partnered with schools to be a pickup site while schools were on distance learning and provided school age child care to area families. It hosted a fair food week, bringing local vendors and the community together in a safe way, and continued providing service the best they could to help the whole community instead of just its members.

“The over-and-above efforts, keeping the youth and the community at the forefront of their minds, helped us all at a time when we needed them,” Jenson said.

Former Albert Lea Family Y Executive Director Dennis Dieser said while accepting the award that the Y is in good hands with Bruce Mielke leading the organization and recognized all the employees and volunteers who make a difference in their efforts.

Dieser said he hoped the Y could continue to be a backbone in the community and collaborate with others.

Jenson said Taco John’s is a favorite spot for people to use their Chamber Bucks and credited the amount of fundraising the restaurant does for nonprofits in the community.

She said the Albert Lea store ranks amongst the highest in the company on guest satisfaction and read some of the comments guests have left about the store.

Chandler said Taco John’s is a great asset to Albert Lea through its fundraising opportunities and said the business also has a company culture of “people first.”

“We really appreciate having you as part of the community,” he said.

In addition to the Business of the Year awards, Jenson on the video thanked the chamber’s board of directors, as well as Chandler, and welcomed incoming board Chairman Beau Hartman.

Bobbie Jacobs said Jensen was selected for the Ambassador award because she is always there with a smile on her face, helping to welcome every business and member with wide open arms.

Jenson said Kehr was selected for the volunteer award because of the support she has given, not just this year but in year’s past as well.

“You’ve been just an amazing support, not only to me, but to the chamber and so many others,” Jenson said. “You do so much for the community, and we appreciate everything about you.”