A 3D rendering of what the new building for Hope Church will look like. Provided by Hope Church 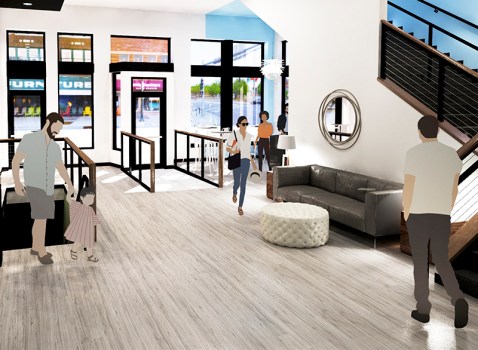 A 3-D rendering shows what the entry of the new building for Hope Church will look like. Provided 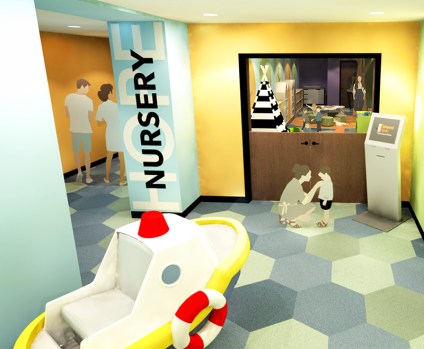 Children's programming is expected to occur in the basement of the space downtown. Provided

With the end of 2021 came the completion of fundraising efforts for the new Hope Church, which will be located at the intersection of Broadway and Main Street in Albert Lea.

Kaleb Hurley, lead pastor at Hope, and his team were able to purchase Community Cornerstone as well as the building next to it at the corner of Broadway and Main Street following a $500,000 donation. The church needed $1.7 million for the project, and in total, the campaign raised over $2 million. 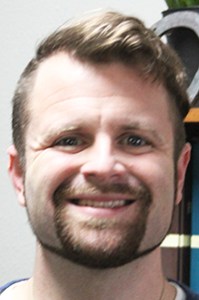 “Plan for extra and … honestly we need it,” he said. “You just don’t know with these big projects. There’s a lot of unknowns.”

And if all that space sounds like a lot, Hurley plans on utilizing every inch he can.

“We’re fully-funded, and we’re planning [on the building] being a three-level, 15,000-square-foot multi-generational facility, where we can continue to build bridges for our community and minister to broken people and people who are looking to go deeper into their relationship with Jesus,” he said.

The top level will be a sanctuary, with the main level serving as fellowship spaces with a youth room and offices. The basement will hold children’s programming

The church had looked for a place to minister before it started at its current location, the Marion Ross Performing Arts Center, where it has met at for about seven years.

“Our heart has always been to be downtown and to bring the gospel of Jesus Christ to the center of our town, and we’ve always felt the heart to be downtown,” he said.

He also cited limitations to children’s programming as a big reason for the move.

“While we love the theater, upstairs there’s just a lot of limitations to everything else that we can do,” he said. “We only have that theater … for six hours every week. So trying to have classes and trying to have worship practice. We can’t do any of that throughout the week with the arrangement we have.”

Hurley said building a new space from scratch would have cost over $3 million.

“This was … a much better deal for us to do this,” he said. “And it happened to be exactly where we wanted to be.”

The new building will be at 244 S. Broadway, and Hurley would like to have it open to the public by September.

“We’re excited to bring life to downtown and to continue to make Albert Lea a more attractive place to live,” he said.