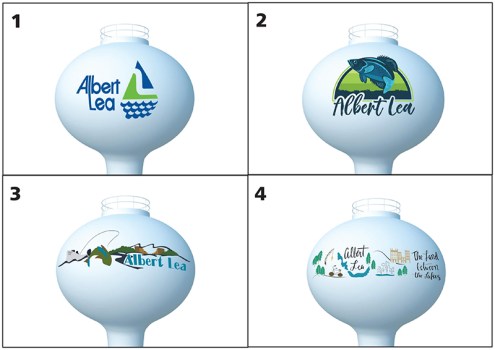 The city is considering possibilities for the design that will be painted on the new water tower. Provided 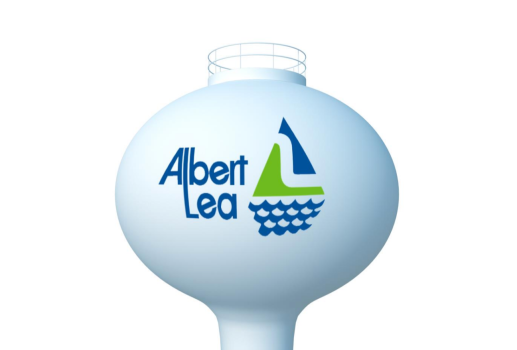 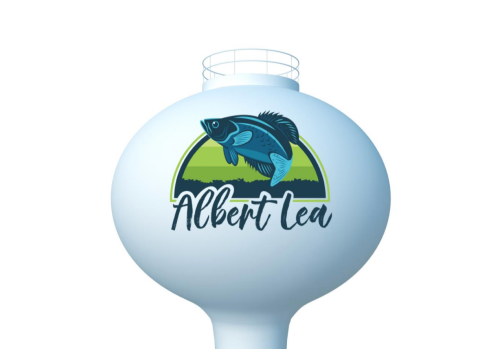 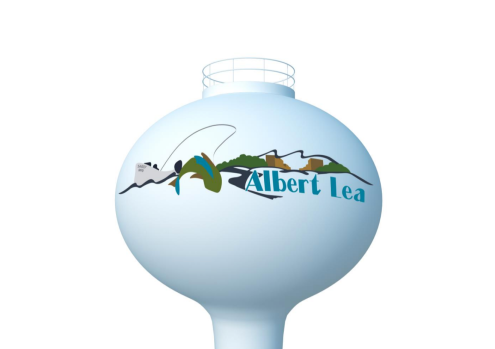 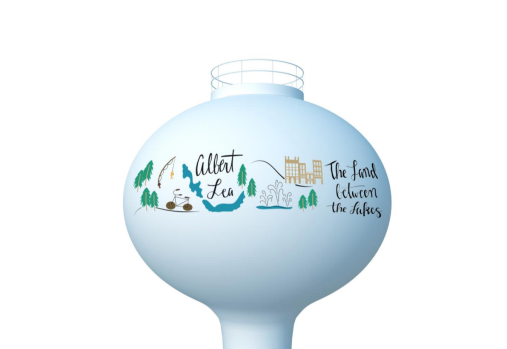 The Albert Lea City Council began discussions Monday about what design should be painted on the new water tower when it is completed downtown.

The city last year collected submissions from the public with ideas for the design and on Monday councilors looked at three — plus the city’s logo.

City Manager Ian Rigg said the cost of painting the designs would range in price by about $30,000. The city logo was the cheapest at $35,000, while a more complicated design that featured highlights of the city’s recreation and downtown and more wording was $64,000.

He said the cost of painting the design has already been built into the total cost for the water tower, which is about $7 million.

The new one million-gallon tower is expected to be built near the site of the former tower at the intersection of Newton Avenue and Fountain Street. Different from the previous tower at the site, the new tower will be a sphere-shaped steel tank on a narrow steel base.

Rigg said some of the other submissions that were turned in would not work well on the tower surface or were too complex. The image would be painted on the center one-third of the sphere.

Aside from the submission that focused on the recreation and downtown, one of the other submissions featured people fishing from a boat and catching a fish with the downtown buildings behind the worlds “Albert Lea.”

The third submission featured a large fish and background with the words “Albert Lea” beneath.

Mayor Vern Rasmussen Jr. said he thought if the city’s logo is painted on the tower, he would support the city rebranding itself with a new logo.

“I personally think our logo is tired and old,” Rasmussen said, noting he did not think the city had ever been known for sailboats.

Rigg said he had looked into costs from other communities that changed their logos, and the cost could be between $100,000 and $200,000, including changing signs, letterhead, signage on city trucks and anywhere else the logo is present.

Some of the councilors questioned whether all of the changes would need to be made all at once or whether they could be changed as equipment was replaced.

First Ward Councilor Rich Murray said though he isn’t excited about the current logo either, he thinks it is important to get a comprehensive look at what all would need to be changed and over what time frame.

Third Ward Councilor Jason Howland said though he agreed the logo was “a little tired,” he felt like the city had more pressing needs and questioned whether the city needed to spend the resources on that at this time. He referenced when his own employer, Mayo Clinic, rebranded itself and the “huge undertaking” it was.

Rasmussen said the logo sends a perception to others across the state and even the nation, and the city should be doing things to help the city stand out and let others know there is a vibrant community here.

“As a community, we should always look at tying to be exciting,” he said.

Rigg asked how the council would like to get the public involved in selecting the design for the tower.

Councilor Larry Baker brought up in-person meetings like the ones that were done when the shape of the water tower was initially selected or sending something out on the city water bills.

Howland questioned having a poll on social media, and Rigg also brought up about other online poll companies that can ask residents questions.

Rigg said the concern with social media was whether only people living in Albert Lea could vote or whether others out of the area or even in other states would be allowed to as well.

The city manager said he thought it might serve the council well to also ask the public their input on rebranding the city’s logo.

Check back for more about Monday’s meeting.