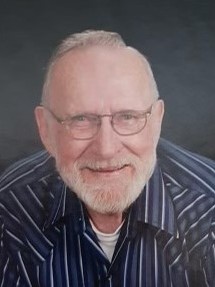 Dale was born in Freeborn County on December 26, 1934, to William and Gladys (Shave) Wallace. He attended school in New Richland. After his school years, he went to work, helping build Highway 30. In January of 1953, a month after his 18th birthday, he entered the United States Army. That September, he was united in marriage to the love of his life, Jeanette J. Raimann.

Dale loved to fish. He looked forward to ice fishing on Mille Lacs Lake and guiding fishing trips in Canada. He also loved to hunt, being outdoors, camping, playing cards, and spending time with family. He was very hardworking and could fix just about anything. Dale was known to be a jovial guy with a great sense of humor, who enjoyed chatting with people and telling stories. He was a devout member of All Saints Catholic Church.

Dale was preceded in death by his parents; his daughter, Teresa; and his siblings: Rose, James, Donald, and Dorothy.

In lieu of flowers, the family requests donations be made to Mayo Hospice by going to https://philanthropy.mayoclinic.org/donateMC (In the “Designate my donation to … field, select “Other” and type “Hospice” in the “Other Designation” field), or to St. Croix Hospice at 2580 Bridge Ave, Albert Lea, MN 56007.