Dorothy Mae Jensen-Lorentzen passed away peacefully in the early morning hours of January 8, 2022, at the age of 84. 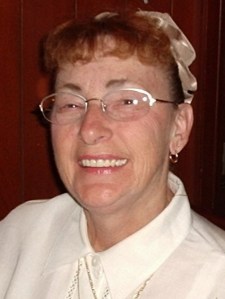 Funeral services for Dorothy will be held on Saturday January 15, 2022, at 2pm at Bayview Freeborn Funeral Home. Pastor Barbara Wills will officiate. Visitation will be held one hour prior to the service. Burial will be at Graceland Cemetery, Albert Lea, MN.

Dorothy lived a full and happy life. She was always full of energy and happiness. She often put others before herself. She always wanted the best for everyone. She loved to travel, and she was fearless. Charles was the love of her life, and together they raised four sons, and helped raise Chuck’s brother Jim’s five girls after their parents had passed away. She had a real passion for sewing and tried to make quilts and baby blankets for every one of her children and grandchildren when she could. In their later years, Chuck and Dorothy loved to spend their winters in Texas. After Charles had passed, Dorothy found a new companion with William Phillips, and they continued to spend winters in Texas until they could do it no longer. Dorothy was an amazing friend, companion, and mother. She was liked and loved by everyone. She will be missed by all who knew her.

She was preceded in death by her father and mother, Benjamin James and Hattie Mae Jensen, her brother William Irving Nels Jensen, by her first husband Carl James Kalvig, her second husband Charles Heman Lorentzen, and by her special friend and companion William Phillips, and nieces Clarissa (Kelly) and Candy.