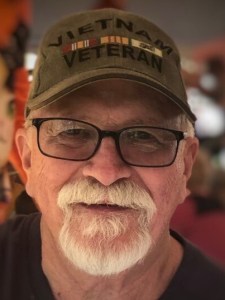 He was born October 30, 1946 to Truman and Gladys (Lyngaas) Bergland in Albert lea, Minnesota. He grew up on the farm and graduated from Albert Lea High School in 1965.

Gary was drafted into the United States Marine Corps and served in Vietnam until 1967 and eventually joined the National Guard once he returned home.

On December 11, 1970 he married Kristine Johnson and together raised three children.

Gary was proud to work at Wilson’s as a meat cutter for over 20 years and retired from Viracon after 15 years of employment.

Hunting, fishing and spending time with his grandkids is pretty much what Gary loved to do. He was a hard worker his entire life, was active with various veterans organizations, the DAV and enjoyed any chance he got to go up north! He enjoyed his retirement and travelling with Connie. Gary was always up for visiting friends and family. He was a guy who could talk to anyone and his personality and energy will be greatly missed.