A celebration of life service for Harold D. Herfendal, 76, of Fairmont, MN, will be 1:00 p.m. January 14, 2022, at the Lakeview Funeral Home in Fairmont with full military honors held at the conclusion of the service by the Lee C. Prentice American Legion Post #36 and the Martin County Veterans of Foreign Wars Post #1222. Those wishing to view the service are invited to use the following livestream link: https://client.tribucast.com/tcid/3198543341 A visitation and luncheon will be held two hours prior to the time of service from 11:00 a.m. to 1:00 p.m. January 14, 2022, at the Lakeview Funeral Home in Fairmont. A private family burial will be held in Oaklawn Cemetery in Emmons, MN. Harold passed away on January 4, 2022, at his home in Fairmont, Minnesota in the arms of his wife and daughter after a four year battle with Lymphoma. The Lakeview Funeral Home and Cremation Service of Fairmont is assisting the family with arrangements. 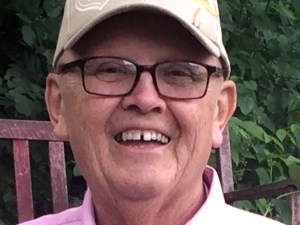 Harold Dean Herfendal was born at home in Emmons, MN on December 8, 1945, to Jeanette and Alton Herfendahl. Harold is survived by his loving wife, Mary Herfendal, of Fairmont, his daughter, Jennifer (Brian) Keogh of Eagan, MN, his beautiful grandchildren Keira (15) and Conor (13) both of Eagan, his brothers Marlin (Sharon) Herfendal of Albert Lea and Arden (Dawn) Herfendal of Fairmont, his sister Julie (Steve) Miller of Forest City, Iowa, his brother-in law, Jim (Sandra) Hinman and his 11 nieces and nephews. He is preceded in death by his father, Alton Herfendahl, his mother, Jeanette Herfendahl, his father-in law, Ira Hinman and mother-in law, Alice Hinman, his brother Dale Herfendal, his sister-in laws, Judy Herfendal and Marilyn Hinman, and his nephews, Tim Morris and Tim Hinman.

Harold was a graduate of Lake Mills High School. While he played football and was on the track team, he said he thought the guys in the stands with the pretty girls probably had more fun.

He enlisted in the Navy in June 1966 and went to Navy bootcamp and Hospital Corps School in San Diego and had field medicine training at Camp Pendelton. He spent one year in Vietnam as a Navy Corpsman, fighting with the marines. He was wounded by a piece of shrapnel and received a purple heart. Upon return from Vietnam, he was stationed at Great Lakes Navy Hospital in Waukegon, Illinois and was discharged in March 1970. He was a member of the local National Guard until 1980. In his retirement he volunteered with the Honor Guard for military funerals, served as a medical chaperone on several Honor Flights taking WWII veterans to Washington, D.C. and was a guest speaker at several Veterans events.

He met the love of his life, Mary (Hinman) Herfendal in September of 1969. They were married 6 months later on March 14, 1970 and have been the very best of friends since. Together they have lived in Kenosha, WI, Tracey, MN, Fairmont, MN and after retirement they enjoyed spending their winters in Oceanside, CA and Bullhead City, AZ.

Harold received his medical training through his military experience and was drawn to a career in Respiratory Therapy. In the early part of his career, he served on the Fairmont Ambulance Service and delivered a baby girl on the side of the road in a blizzard in 1975. He had a wonderful career at the Fairmont Community Hospital working as Director of Respiratory Care and Cardiac Rehab for 35 years. During his tenure, he was instrumental in starting the Fairmont Sleep Lab and taught smoking cessation clinics that helped many people quit smoking, something he was incredibly proud of. He was also an independent contractor for Gopher Medical Supply/Praxiar and made house calls to residents with home oxygen equipment.

If you couldn’t find Harold at the hospital, you could usually find him on a golf course. He loved the sport and enjoyed competing in many tournaments over the years, walking away with several Club Championship trophies. In his recent years, he enjoyed “coaching” his grandson, Conor, who also loves the sport. He always looked forward to his annual fishing trip to Pierre, South Dakota with his buddies. He was a wonderful cook and loved preparing meals for his family and friends. His giant blueberry pancakes were award winning according to his grandchildren. He enjoyed traveling and took many wonderful trips with Mary and their friends. His favorite place of all was on his back porch with Mary, having either coffee or a cocktail watching the birds and talking about his grandchildren.

Harold could light up a room with his smile and sense of humor. He was well known for his story telling, jokes and making people laugh on a daily basis. He used his humor to get through some of his darkest moments. We will all miss his humor on Facebook and have no doubt that the angels will be laughing and shaking their heads at him.

One of Harold’s biggest accomplishments was being a father and grandfather. He was incredibly proud of Jennifer and loved spending time with Keira and Conor and watching them grow. Keira said there was no one better to give advice than her Grandpa. Harold was their family’s hero; he taught them the value of hard work, resilience and to enjoy the little moments life has to offer.