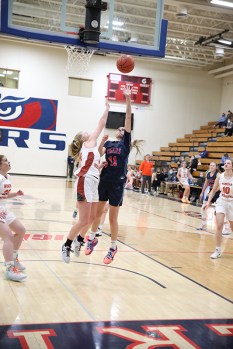 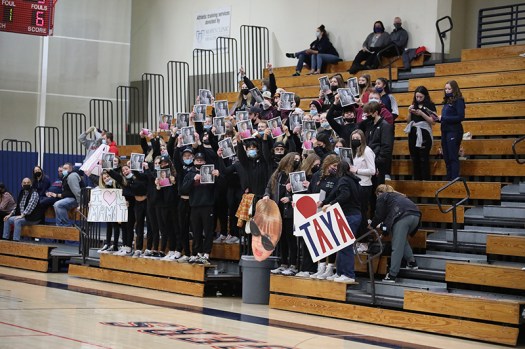 Many people in the crowd held signs Tuesday cheering player Taya Jeffrey on as she earned the 16 points to make her Albert Lea's all-time leading girls' basketball scorer. Kelly Hendrickson/for the Tribune 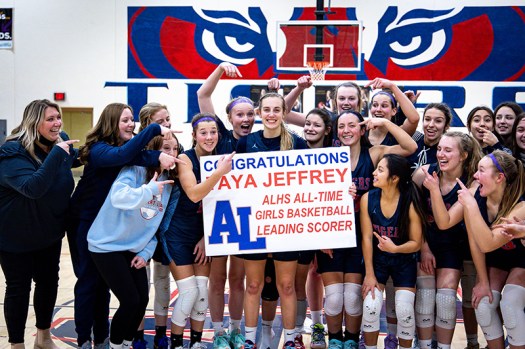 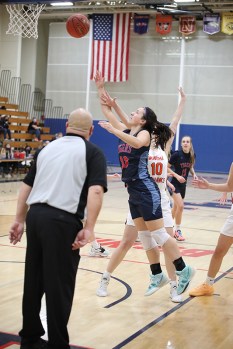