Jerry R. Johnson passed away on January 12, 2022. He was born December 27, 1943. After graduating from Albert Lea High School in 1962, he spent 4 years serving in the United States Air Force. When he returned home, he worked to save money for college. After college, Jerry worked in management for Wilson’s, Farmstead and Farmland Foods. He utilized his management skills in a few other states before returning to Minnesota. In 1985, Jerry moved back to Albert Lea and worked at the packing house until it burned in 2001. Then he delivered parts for LKQ until his retirement. 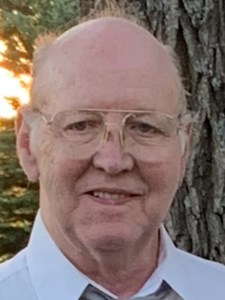 When he wasn’t working, Jerry was passionate about music. He was in the Reconstruction band for thirty-five years. He also enjoyed fishing and spending time with family and friends. Jerry reconnected with his high school sweetheart, Katie, and they were married in September of 2021.

Jerry has graciously donated his body to science. Honoring Jerry’s wishes, there will be no funeral. Condolences can be sent to Mrs. Katie Johnson, 211 E. Richway Dr., Albert Lea, MN 56007.