A rural Albert Lea man is facing multiple charges after he allegedly fired three shots from a gun during a domestic altercation on Sunday. 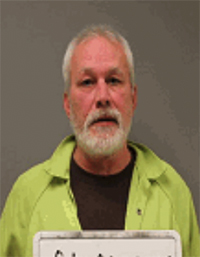 No one was shot during the altercation.

Court documents state law enforcement responded to a rural Freeborn County address on 785th Avenue Sunday evening after receiving a report of a father and son who were becoming confrontational and pushing each other. At one point, information came in that the men had separated and the son was outside, but then dispatchers stated the situation was escalating and Hondl had reportedly obtained a firearm from the residence and shots were fired.

When the first deputy arrived at the residence, he saw a male and female standing on the front porch deck and did not see a gun, court records stated. The two people said the gun was inside the house.

Hondl reportedly told authorities his son was out of control and that he had tried to beat him up.

The deputy stated Hondl smelled of alcohol and could not remember his name. He was slow to form sentences and unsteady on his feet, the report stated.

The deputy found an AK-47 style rifle on a shoe rack inside the residence that was loaded and had a live round in the chamber.

The female at the residence stated the argument began in the morning when the son was making eggs. Hondl reportedly became upset with how the eggs were being prepared, and they continued arguing throughout the day about small things.

The arguments escalated in the evening, and the female said the son took off running when he saw Hondl grab the firearm. At that time, Hondl reportedly fired three shots in the air, though she said she did not know his intent in doing so, court documents stated.

Hondl said he did not know anything about a gun and refused a preliminary breath test, though he recognized he had been drinking.

The son told authorities he had attempted to wrestle a shovel away from Hondl earlier on the back porch, and after that Hondl had gone back in the house and come out with the rifle. He said Hondl was walking toward him firing rounds, and he then began running away. He said he was scared of him with the gun and scared of being shot.

Authorities found a bullet casing a few feet from the tree where the son was standing, another halfway between the tree and the porch deck and a third on the porch deck. Court documents state Hondl was on the porch deck when he fired the first bullet and progressed toward the son as he continued to fire rounds.

The magazine contained 24 live rounds of ammunition when it was retrieved from the house.

Freeborn County District Court Judge Steve Schwab ordered Hondl’s bail be set at $50,000 without conditions and $25,000 with conditions. Conditions include having no contact with the victim, not leaving the state without prior court approval, complying with random testing, no use or possession of firearms and no possession of alcohol or drugs, among others.

Hondl is next slated to appear in court Jan. 13.