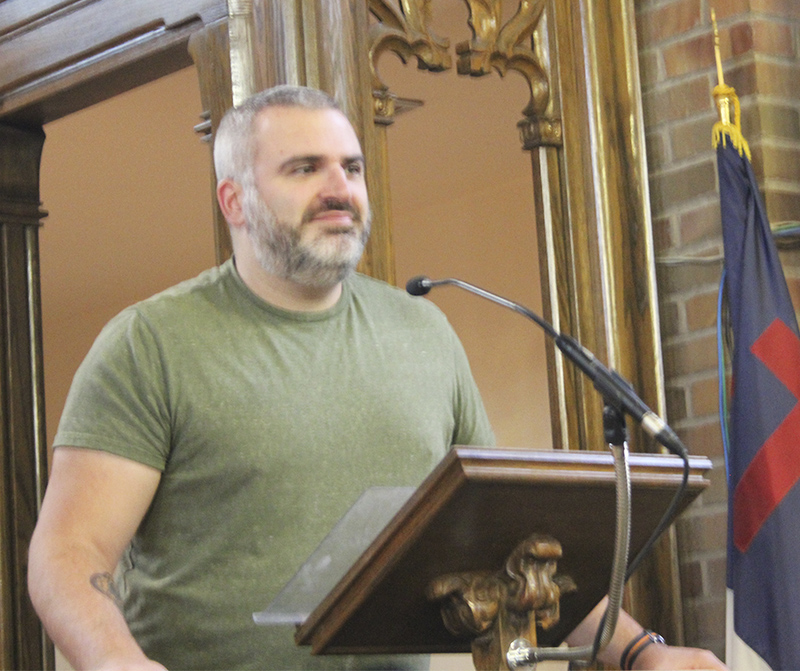 Boston does not get the bitterly cold weather local residents experience in the winter.

That’s according to Charles Teixeria, the new senior pastor at First Presbyterian Church. He would know.

Teixeria arrived in Albert Lea in November and started Dec. 1.

“We have this line in the way Christ taught us to pray that says we’re all looking for his kingdom to come here among us as it does in heaven,” he said. “… When I came to Albert Lea I looked around and saw a really beautiful place. It’s gorgeous with the lakes, the foliage.”

He described residents as amazing, but feels there’s still work to do before the community can look like it does in heaven.

He also wants the city to thrive.

“I want to see Albert Lea flourish, and that’s been a commonality between every city that I’ve served in,” he said.

“I had good friends who were really persistent in telling me about Jesus, and they finally were insistent enough that I kind of caved and gave them my attention and decided to go to church with them,” he said.

He was baptized shortly before starting college at the University of Connecticut.

“I started making some friends at Campus Crusade and we’d just go door-to-door asking dorm mates if they wanted to talk about their spiritual lives, their thoughts about God,” he said. “Had a lot of awesome conversations with folks.”

Because Teixeria wanted to better understand what he was preaching, he transferred to Gordon College, just north of Boston, for a degree in theology. After graduation, he worked with teens removed from their homes as a social worker. After those four years, he decided to attend seminary school at Bethel University.

“I knew I wanted to give my life over for Christ and his church,” he said.

During seminary he served at Third Church in Virginia, where he was mentored and eventually ordained in the Covenant Order of Evangelical Presbyterians in 2018.

He then served in Midland, Texas, where he served as an associate pastor for three years.

“I made a lot of really good relationships, saw God work in a lot of amazing ways,” he said. “I knew that he was kind of calling me to exercise the gifts that he had given me in different ways, so I started looking for opportunities to do that.”

He described Albert Lea as cold but beautiful with hospitable people.

“I’ve kind of fell in love with the lakes having grown up near the ocean,” he said. “It was really nice to be near water.”

Teixeria has been married to his wife, Elizabeth, for 11 years. The two have two sons, A.J. and Isaac. In his spare time, he enjoys jogging and the arts, whether it’s charcoal or painting.