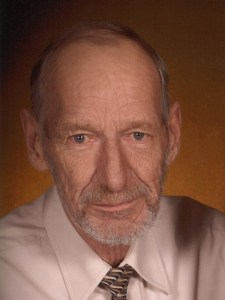 Funeral Service will be held on Thursday, January 13, 2022, at 11am at Central Freeborn Church. Pastor Matt Griggs will officiate. Burial will be at Central Freeborn Cemetery. Visitation will be held Wednesday, January 12, 2022, from 5 to 7 pm at Bayview Freeborn Funeral Home and 1 hour prior to the service at the church.  Online condolences are welcome at www.bayviewfuneral.com.

Paul Anton Johnson was born on January 24, 1941, to Julian and Edna (Warrick) Johnson in Albert Lea, MN. Paul grew up and attended school in Glenville, MN. Paul married Kathleen (Nelson) Johnson on April 28, 1962 and together they raised three children.

Paul worked many years and retired from Progress Castings in Albert Lea. Paul enjoyed hunting, trapping, painting, snowmobile racing, cutting wood, and having coffee with family and friends. Paul absolutely loved seeing and being around his grandchildren and great grandchildren. Family was so very important to him.