Ruthann K. (Dulitz) Mickelsen, 71, of Albert Lea, passed away on November 11, 2021 at Prairie Senior Cottages. A Celebration of Life will be held at 2PM on Saturday, January 22, 2022 at Bayview/Freeborn Funeral Home with Rev. Don Malinsky presiding. Visitation will be one hour prior to the service at Bayview/Freeborn Funeral Home. Online condolences may be left at www.bayviewfuneral.com. 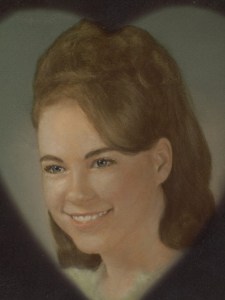 Ruthann was born on January 24, 1950 to Henry and Lorraine Dulitz in Albert Lea. She attended schools in Albert Lea. Ruthann attended Michael’s School of Cosmetology in Albert Lea and she finished her schooling and received her license to practice cosmetology in 1976. Ruthann married Bob Mickelsen on April 29, 1978 at First Baptist Church in Albert Lea. The couple settled in Albert Lea to raise their family. Ruthann worked at A New Look Salon for many years and officially retired in 2012.

Ruthann held many hobbies and interests. She loved to bowl and she attended car shows with her family. Ruthann designed and made painted sweaters, needle point designs and many other crafts. Ruthann enjoyed her Word Find books.

Ruthann is preceded in death by her parents.

Ruthann will be missed by all.